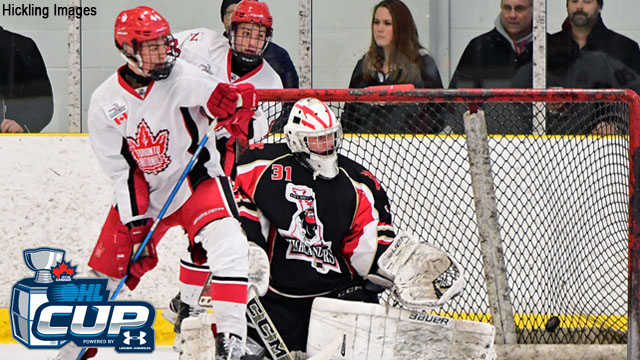 After a first place finish in the GTHL regular season, the Toronto Young Nationals are right back where they belong.

Big winger Ethan Keppen had two goals and an assist to lead the Nats to a 4-3 win over a feisty Grey-Bruce Highlanders squad that didn’t stop until the final buzzer.

Down 4-1, Grey-Bruce made a valiant comeback bid that came up just short as the Young Nats hung on to punch their first ticket to the OHL Cup since 2012.

“I thought I had some good chemistry with my line mates today,” said Keppen, who plays alongside childhood friend Brandon Coe as well as centreman Brendan Bowie.

“They came out hard against us and really woke us up at the end,” he added. “Every minute of a game counts and we have to do a better job of keeping our foot on the gas right to the final buzzer.”

The Nats will compete in the Nash Division along with the Mississauga Rebels, Quinte Red Devils, Cambridge Hawks and Elite Hockey Group.