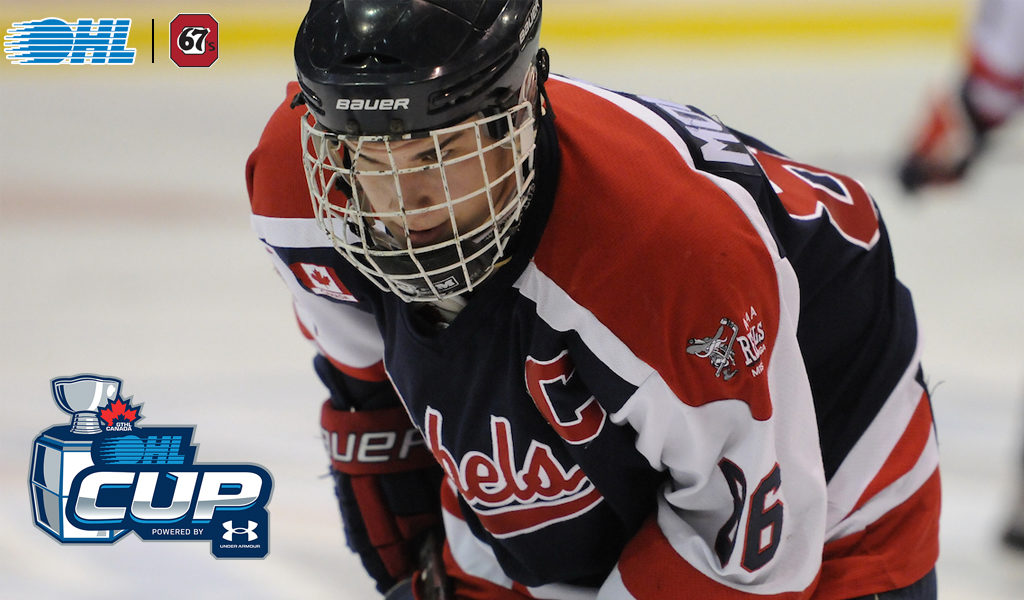 It’s been 10 years since Sean Monahan hoisted the trophy on a wild card trip to the 2010 OHL Cup as captain of the GTHL’s Mississauga Rebels. To the current accomplished Calgary Flames centreman, it doesn’t feel like it’s been that long.

A lot has happened since: a three-year stint with the Ottawa 67’s, an ongoing NHL career already decorated with milestones, to name a couple glaring achievements.

If you ask him to take you back to that championship game with the high-powered Toronto Marlboros, he’ll recall that the crowds were large, the scouts and agents plentiful, and the level of hockey high.

But amid the exhilaration of playing a busy schedule in front of a sizeable amount of fans, putting forth an impressive on-ice production to wrap up his minor hockey campaign was really the only focus. In that, he succeeded.

“It was all about the hockey. What you do and show on the ice is what means the most,” said the now 25-year-old winger. “That was my mindset in that tournament and ever since.”

Monahan led the Rebels to victory, going 5-1-0-1 over the course of the event, edging the Marlboros, who boasted future NHLers Scott Laughton, Adam Pelech and Connor Brown in the lineup, by a 2-1 score in the championship final as the first ever wild card team to win the tournament. His 13 points over the seven-game spell earned him the Tim Adams Memorial Trophy as the showcase MVP.

“Going into that tournament, we all talked about trying to end it off the right way. Fortunately, we got a chance to do that,” he continued.

The Brampton, Ont. native would go on to be drafted 16th overall by the 67’s in the 2010 OHL Priority Selection alongside his Rebels teammate Brett Gustavsen. The two would billet together over his three years in the capital city.

Following a first round sweep at the hands of the Sudbury Wolves in his rookie campaign, Monahan’s sophomore season with Ottawa saw a trip to the Eastern Conference Championship Series on a team that boasted its own group of upcoming NHL talent in Tyler Toffoli up front, Cody Ceci on defence and Petr Mrazek between the pipes.

“When I was in Ottawa, I got a lot of opportunity to play in important situations and that teaches you a lot,” said Monahan.

“I give a lot of credit to the coaches and the training staff I had there. They were great to me and prepared me for the next level. I couldn’t thank those guys enough.”

The Flames selected Monahan sixth overall at the 2013 NHL Draft, and he’s been an offensive strength for the team ever since, having scored more than 20 goals over the course of each season.

Now in his seventh year with the Flames, Monahan enjoys having that shared OHL Cup experience in common with other OHL products at the NHL level, including teammate Sam Bennett.

“The guys who came out of the OHL, a lot of us have gone through the same situations,” he said. “From those kinds of situations, you learn a lot and you get better as a player.”

Part of what he’s learned involves constantly pushing yourself to be better, recalling the compete level he and the Rebels maintained on their seemingly unlikely journey to the OHL Cup title.

“Obviously it means a lot winning it, but when you’re playing in that tournament, you’re playing against some of the best players in your age group and it makes you push yourself to be better,” he finished.

Another important lesson he took away from the experience: “Don’t let it slip by.”

After all, you might just blink and 10 years will have passed. But, as Monahan recounts, you’ll always cherish your final minor hockey memory.

“You know some of those guys are going to move on and play in the NHL,” he said, “and you want to look back and know how well you competed against those guys.” 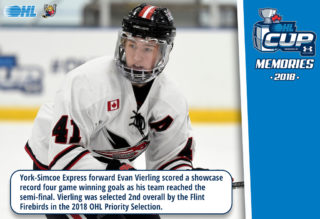