Marlboros recover from slow start to down Quinte 5-3 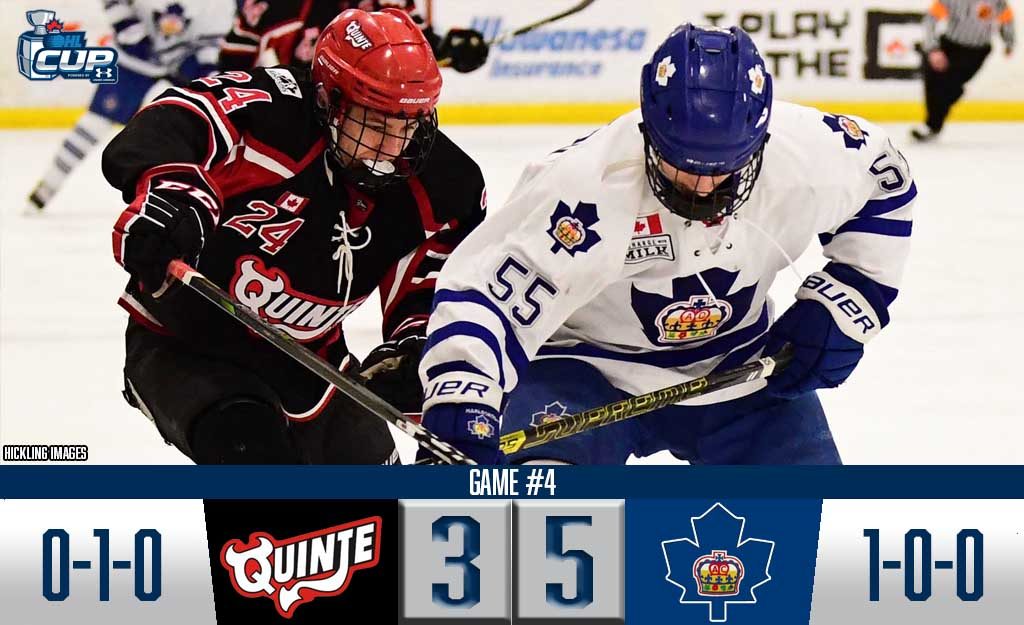 The Toronto Marlboros trailed 2-1 midway through the second period before firing home four consecutive markers to wrestle control away from the Quinte Red Devils in an eventual 5-3 win.

Wyatt Johnston (1) scored a shorthanded goal and tacked on two assists while Ethan Del Mastro (1), Jack Beck (1), Aidan Shepard (1) and Brian Jackman (1) also found the back of the net.

“I think we got a bit of a wake up call there,” said Johnston of the slow start. “We hadn’t played in about a week-and-a-half and I think it took us a little time to get our legs under us.”

The Marlboros ran into penalty trouble, giving the Red Devils five power plays resulting in a pair of goals.

“We play the game hard but yeah, it’s definitely a part of the game we have to try and control,” Johnston noted. “Ultimately we did enough good things to win us that game and we want to go from there.”

Luke LaPalm (1) and Daniel Michaud (1) each had a goal and an assist for the Red Devils while Ben White (1) also found the twine. Quinte netminder Ethan Fraser earned Player of the Game honours in the loss.

The Marlies are back at it on Wednesday afternoon when they face the wild card entry London Jr. Knights at 12:15pm. Quinte prepares to face the Thunder Bay Kings at 12:00pm.