Marlboros hang on for 6-5 win in opener 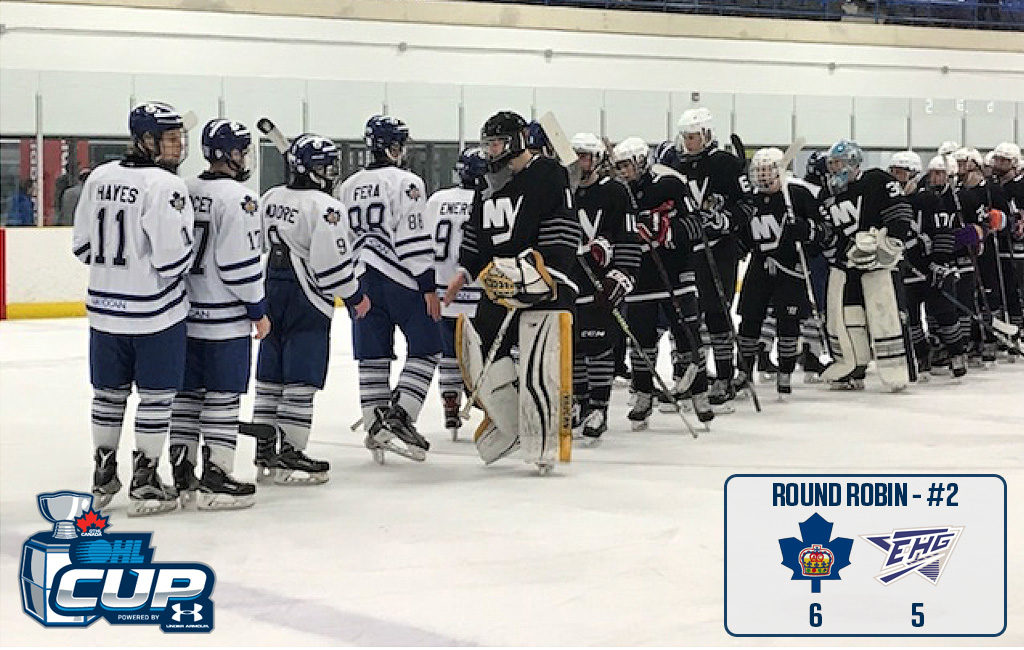 The Toronto Marlboros can score with the best of them, but those taking in their Round Robin opener on Tuesday learned that some fleet-footed American prospects with Elite Hockey Group can as well.

The GTHL Champions had their hands full but managed to come away with two points as Reid Valade (1, 2) led the way with two goals and an assist in a 6-5 win.

Elite Hockey Group made a game of things inside the final two minutes of the third, rallying from down 6-3 to pull within a goal on markers from Matthew Coronado (1) and Kyle Smolen (1) before the final buzzer sounded.

“It wasn’t our best game, but getting the win to start is something we can take away from it,” said Marlboros captain Jamie Drysdale. “They’re a fast team and they didn’t hold anything back. I think we’ll need to tighten things up moving forward but it was a good first test for us.”

Riley Piercey (1) opened the scoring 8:17 into the first period before EHG climbed ahead 2-1 on goals from Isaak Novak (1) and Matthew DeBoer (1).

Up 3-2 to start the third, Valade opened up a combined six-goal third period, finding the back of the net twice in the final frame while Cam Peters (1) also scored.

Nate Hanley (1) rounded out the scoring for Elite Hockey Group as they outshot the Marlboros 29-19.

The Marlboros return to action on Wednesday afternoon at 3:30pm against the Guelph Gryphons while Elite Hockey Group squares off against those same Gryphons at 10:15am.