Marlboros charge into quarter-final with 7-2 victory 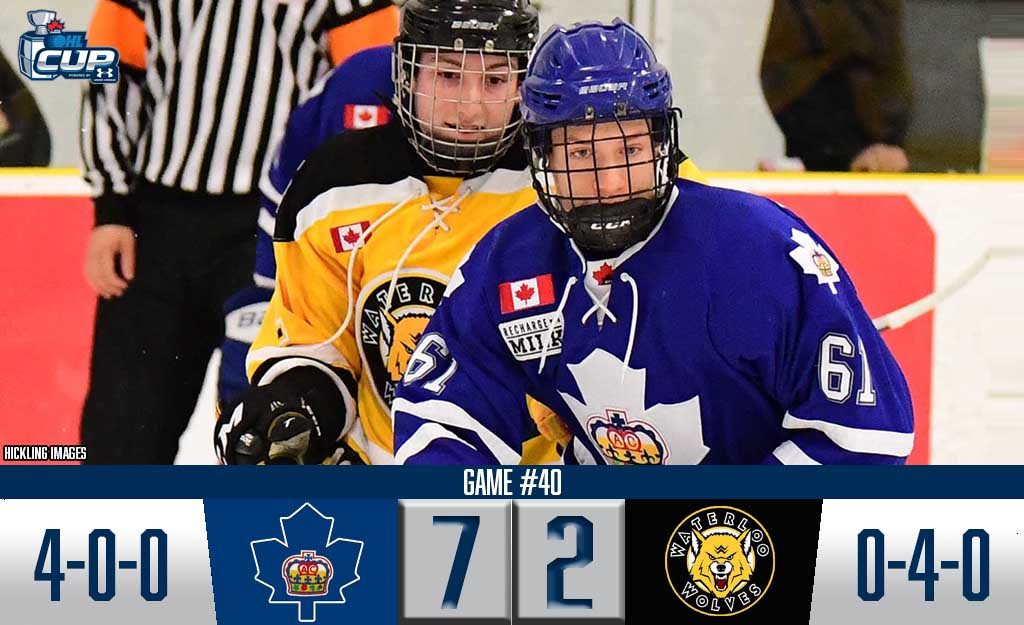 The line of Wyatt Johnston (4), Christian Coffey (2) and Jack Beck (3) got things started for the Toronto Marlboros as they cruised to a 7-2 win over the Waterloo Wolves in the final round robin game of the 2019 OHL Cup Powered by Under Armour.

Johnston wrapped up the game with a goal and three assists, climbing into sole possession of the showcase scoring lead with 12 points (4-8–12) over four games.

“Those numbers are definitely nice to have, but they don’t come without great linemates,” he said. “We know where to find each other. We’ve been together for a few years.”

Eleven different Marlboros had points in the win as they finished the round robin with a perfect 4-0 record, setting up a quarter-final date with the Mississauga Rebels at 12:15pm on Saturday.

“The Rebels will be a good challenge for us,” said Johnston. They’ve played us tough this year and they’re definitely not a team we’re going to be overlooking.”

Cooper Way (2) and Jake McDonald (1) scored Waterloo goals as the Wolves wrapped up their seventh game of the week. The 20th entry into the tournament, Waterloo had to play a total of three wild card games to qualify. They finish the round robin at 0-4 and were led offensively by Cooper Way (2-0–2), Lucas Gaiger (1-1–2) and Jake McDonald (1-1–2) with three points each.