Majors win battle of Markham to advance to Semi-Final 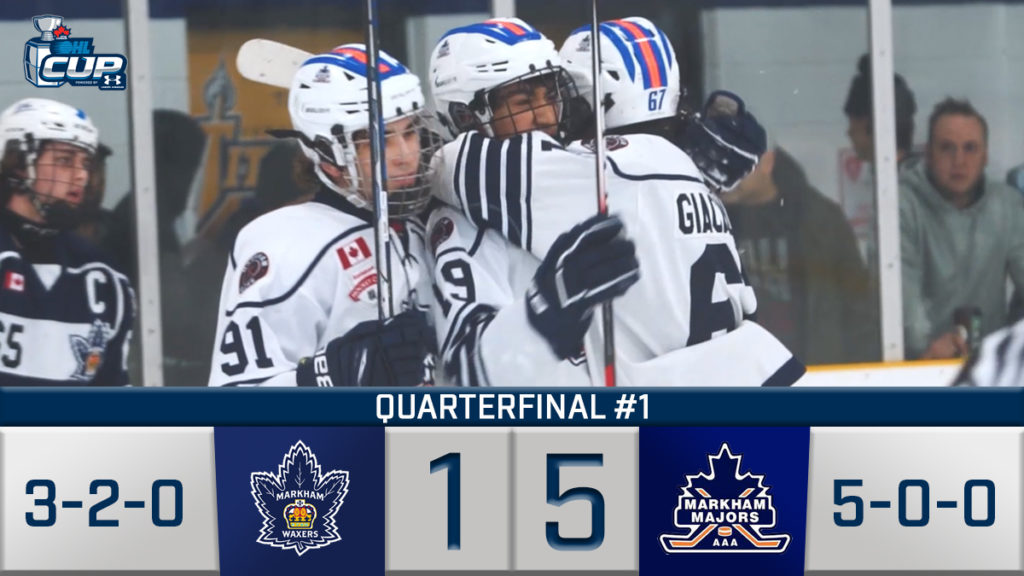 The Markham Majors are the first team to advance to the OHL Cup Powered by Under Armour Semi-Finals, defeating the cross-town rival Markham Waxers 5-1.

Jonathan Careri (1) opened the scoring for the Majors, and after Jack Good (2) tied it the Majors would score four unanswered. Blueliner Zayne Parekh (2G, 1A) logged a game-high three points, scoring the winning goal along with a shorthanded goal to earn Player of the Game honours for the Majors.

“We played great today, we came ready to work and dominated,” said Parekh. “Nobody expected us to be here, we battled hard all year, faced some adversity, and now we got to show up and come ready to play tonight.”

Alex Kostov picked up two assists for the Majors while Jacob Gibbons turned aside 12 of 13 for the win. Gibbons leads the showcase, surrendering just one goal on 53 shots thus far.

The 5-0 Majors will play in semi-final number one tonight at 6:00 pm and will face the winner of a quarterfinal clash between the London Jr. Knights and Mississauga Senators.

The wild card entry Markham Waxers conclude their showcase with a 3-2-0 record. Nathan Aspinall (3-6-9) led them offensively with nine points in the tournament.