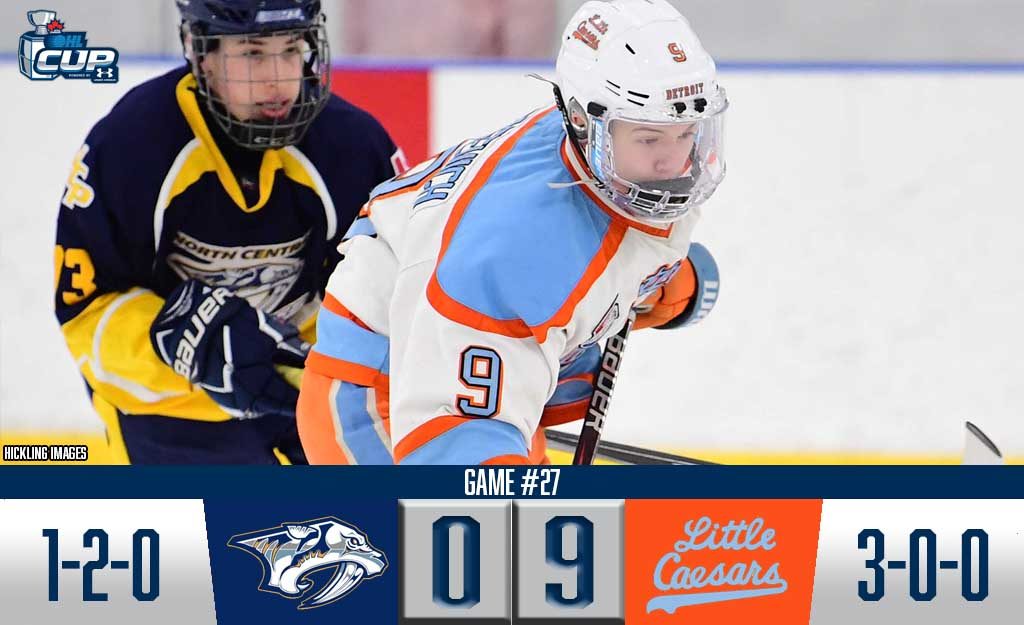 The Detroit Little Caesars continued their impressive showing at the 2019 OHL Cup Powered by Under Armour, unloading on the wild card entry North Central Predators in a 9-0 win.

James Stefan (1, 2) and Nik Miller (2, 3) each scored twice while Griffin Jurecki (3) and Jack O’Brien (1) collected a goal and three assists each in the lopsided victory. Nickita Moiseev (1), Luke Hughes (2) and Evan Werner (2) rounded out Detroit’s scoring and Sam Volturo picked up three assists as the Little Caesars improved to 3-0.

Zak Brice was perfect in goal, recording his second shutout of the showcase while Jurecki pulled into a tie for the tournament scoring lead with eight points (3-5–8) over three games.

The Predators fall to 1-2-0 and face the Windsor Jr. Spitfires in their final preliminary matchup on Friday at 4:45pm.

Detroit faces its biggest test yet on Friday afternoon, taking on the 3-0 Don Mills Flyers for the Nash Division title at 3:30pm.