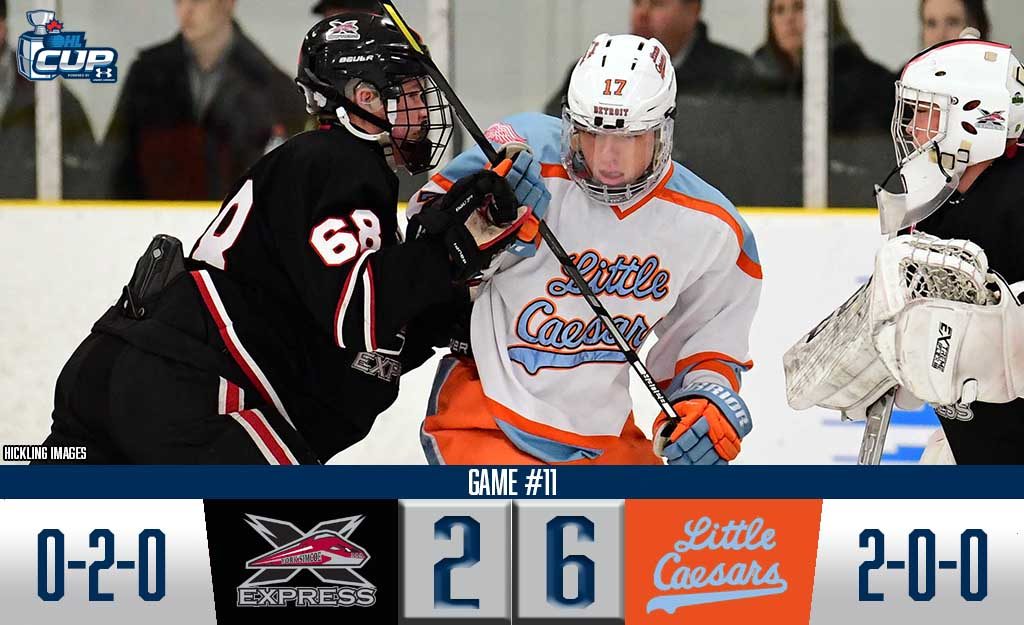 Belarusian talent Nikita Tarasevich (1, 2) scored twice as the Detroit Little Caesars continued a strong start to the 2019 OHL Cup Powered by Under Armour.

“We have a lot of fun playing together and I think we’ve improved a lot over the course of the season,” said Wissink. “It’s a great opportunity for us to come and play in this tournament after competing in several other ones this year.”

The Little Caesars U15 squad features players from across the United States including several from Michigan. They’ve travelled to tournaments throughout the season and practice regularly throughout the week under head coach Patrik Stefan.

The Little Caesars led 3-0 before York-Simcoe goals from Liam Taylor (1) and Kaleb Nelson (1) cut the lead to one. Wissink, Smolinski and Hughes put things out of reach as Detroit improved to 2-0.

York-Simcoe surrenders six goals for a second straight game, falling to 0-2. They’ll have an opportunity to salvage a slow start at 8:45pm when they take on OMHA ETA opponents the North Central Predators at 8:45pm.

Detroit puts its perfect record on the line against North Central on Thursday at 1:45pm.