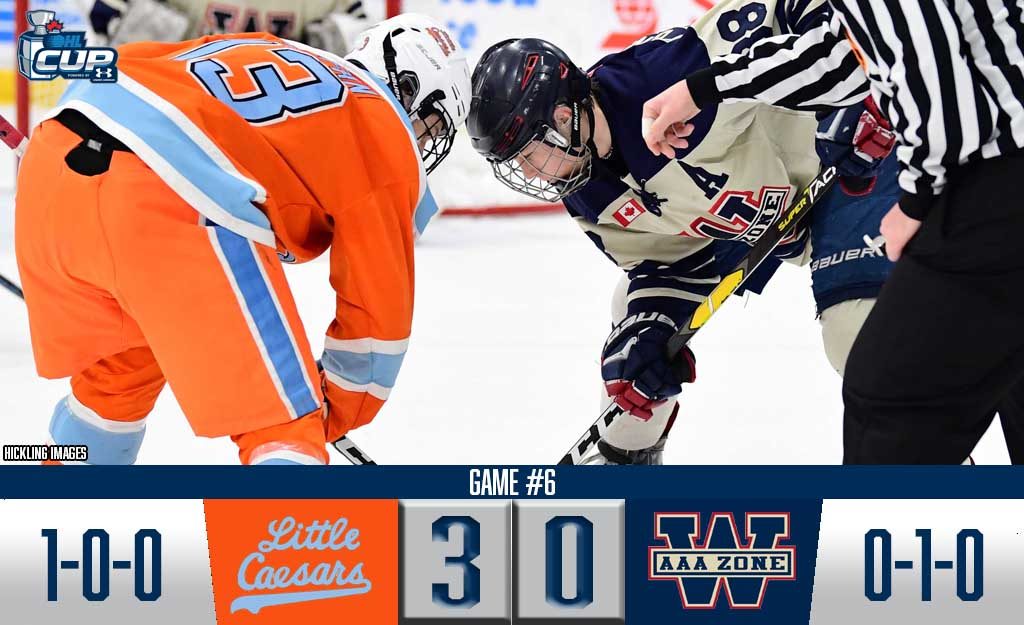 Griffin Jurecki (1, 2) scored twice and Zak Brice stopped all 23 shots that came his way as Detroit Little Caesars was near perfect in its first OHL Cup Powered by Under Amour action since 2012.

Detroit blanked the cross-river foe Windsor Jr. Spitfires by a score of 3-0 as Evan Werner (1) also found the back of the net.

Windsor netminder Ethan Handley turned in a strong performance with 28 saves as the team in front of him was unable to muster any offence despite a number of power play opportunities.

Led by head coach and former first overall NHL Draft pick Patrik Stefan, Detroit Little Caesars operated as an independent team this past season playing exclusively in tournaments and showcases across North America. They’re off to a good start at the 2019 OHL Cup Powered by Under Armour and they look to keep things rolling at 1:45pm when they take on the York-Simcoe Express.

Windsor has a shot at redemption at 9:15pm against the GTHL Finalist Don Mills Flyers.