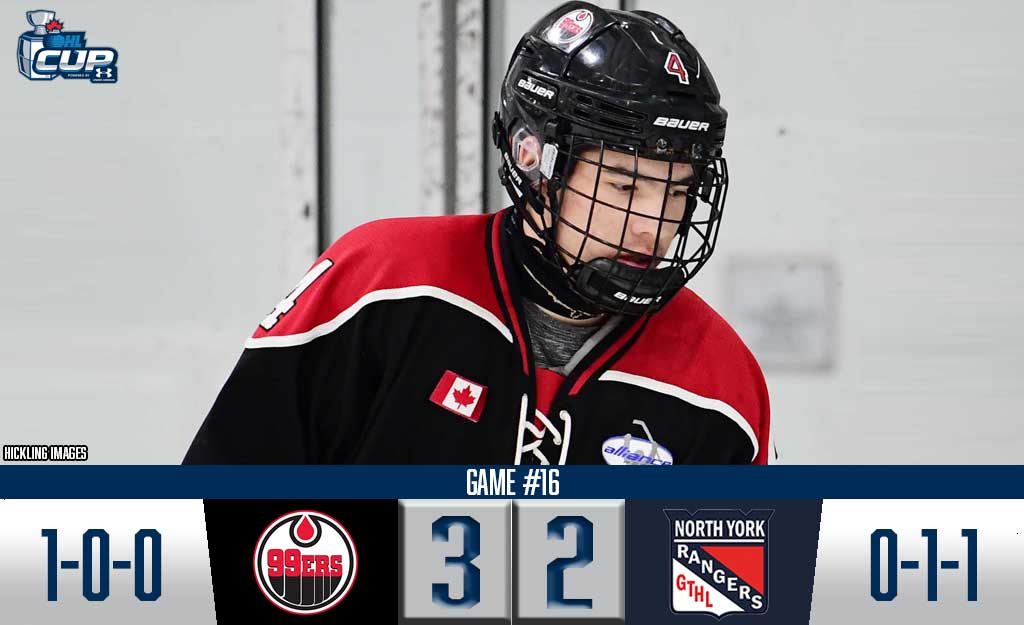 The first overtime finish at the 2019 OHL Cup Powered by Under Armour came right down to the last second.

Cole Hipkin found a streaking Steven LaForme (1) who wristed a shot over the blocker of Tony Theodoropoulos with 1.6 seconds left in the extra frame as the Brantford 99ers took a 3-2 win over the North York Rangers in their tournament opener.

LaForme’s three-on-three overtime breakaway winner ranks up there with the biggest goals he’s ever scored.

“I knew I only had a few seconds and I had to get a shot away,” he said, reflecting on the goal. “I saw where I wanted to shoot and just hit it. It’s a huge goal and I’m still just taking it in.”

The 99ers enter the showcase knotted up at five points apiece with the Kitchener Jr. Rangers in the ALLIANCE Championship Final. Their lengthy playoff journey has kept them fresh leading into the event. They’re currently without the services of standout forward Maddox Callens.

“We’ve played a lot of hockey lately and I think that’s helped,” LaForme added. “Now it’s about resting up for tomorrow.”

Login Wilson (1) and Keegan DaMota (1) also scored for Brantford while Landon McCallum picked up a pair of assists.

Luca Rea (1, 2) scored both North York goals and Bryce Richardson picked up a pair of assists.