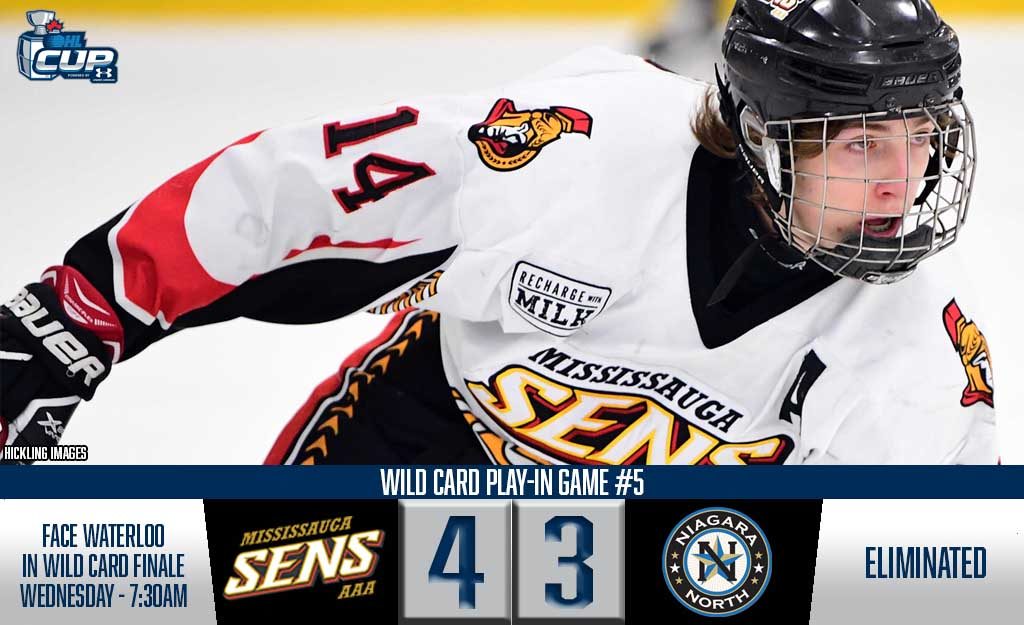 Locking horns in their second OHL Cup Powered by Under Armour Wild Card matchups of the day, the Mississauga Senators and Niagara North Stars left it all out on the ice.

Braeden Kressler completed a hat-trick when he  jumped on a rebound for the overtime winner, sending the Senators to Wednesday morning’s Wild Card finale where they’ll take on the Waterloo Wolves for the 20th and final spot in the annual showcase.

Mississauga rebounded from a Tuesday morning loss to the North Central Predators to get the 4-3 win.

“I just know our defence always get pucks to the net, so I was ready for a loose puck,” said Kressler following the victory. “It’s one of the biggest goals I’ve ever scored and it feels great.”

Mississauga’s Chris Bertucci put the Senators on the board early before Niagara North battled back before the first expired. Matteo Giampa and Parker Hendsbee gave the Stars a 2-1 edge after 15 minutes of play, scoring just over a minute apart.

Kressler knotted things at two 4:22 into the second before striking again shorthanded with 3:48 remaining as Jaxon Bedard drew assists on both markers.

Niagara North’s Liam Shwedyk start the third period on a high note for his club, scoring 48 seconds into the fresh frame to knot things at three with assists from Luca McLaren and Owen Patterson.

The Niagara North Stars head home following losses to the North York Rangers and the Senators.