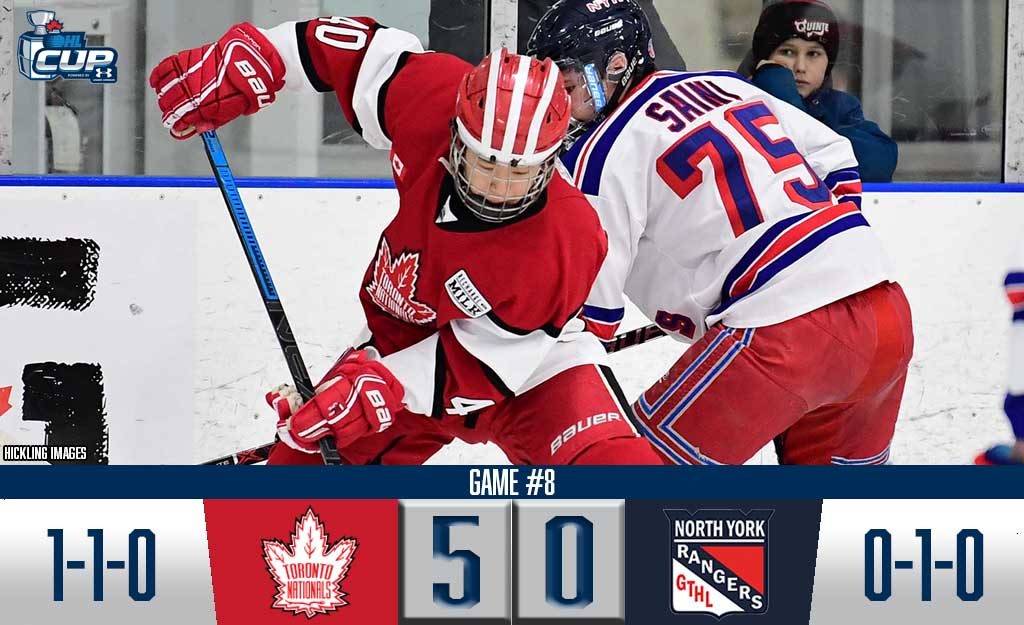 Ikky Kogawa (1, 2, 3) netted a hat-trick and Samuel Moncada turned in a 28-save shutout as the Toronto Nationals took it to the North York Rangers by a score of 5-0.

The Nats recover from a hard-fought 3-2 loss to the Halton Hurricanes on Tuesday night, improving in several facets of their game to pick up two much-needed points in the Subban Division.

“I think we cleaned our game up a bit,” said Kogawa, who potted a natural hat-trick to keep his team from falling into an 0-2 hole. “We took a few too many penalties yesterday and we found a way to score on our chances.”

“Our coaches kind of got us back on the right track after that loss,” continued Kogawa. “We had been off for over a week before yesterday’s game and I think we’re getting back to where we were before.”

The Nationals are back in action at 5:15pm, taking on TPH Hockey while North York will face the Brantford 99ers at 5:45pm.