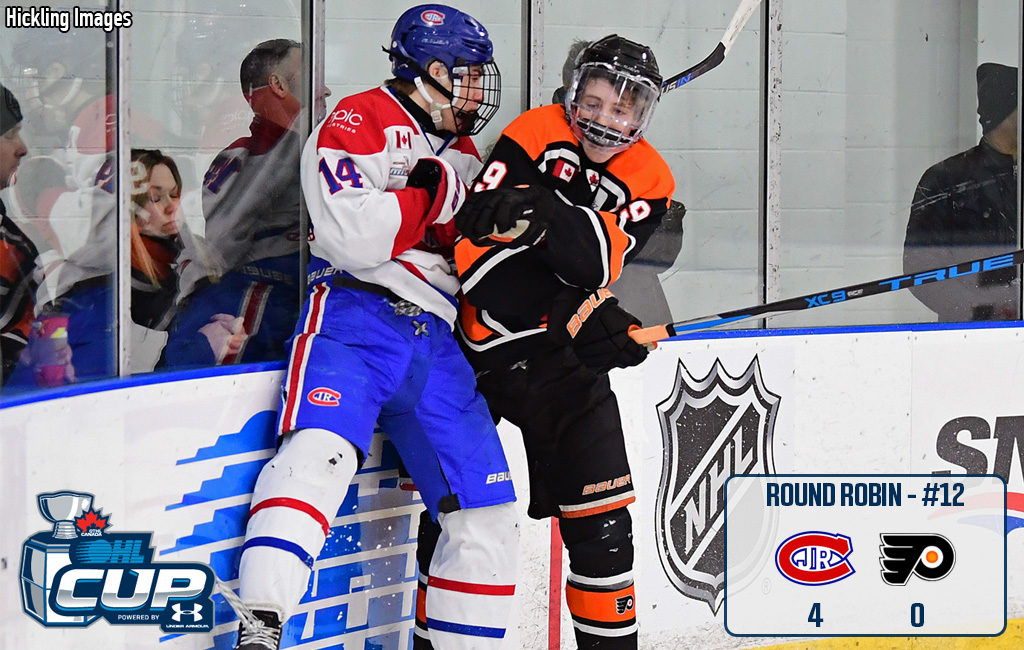 The Toronto Jr. Canadiens had the Don Mills Flyers number this past season and continued their success against their black and orange opponent on Wednesday, skating to a 4-0 win as Sami Molu stopped all 21 shots he faced.

Blueliner Daniil Chayka (2) opened the scoring after a scoreless first period, converting on the power play with an assist from Dylan Robinson at 5:25. Robinson (1) added a goal of his own just 28 seconds later as JRC was in the driver’s seat up 2-0.

“I think our team can do big things and I think we showed that when we won the Marlboros Tournament at Christmas,” said Jr. Canadiens captain Shawn Spearing. “We spread the scoring around today and put in a full effort.

“We’ll need more of that in the next couple days against some good teams.”

Dylan Robinson scores for the Jr. Canadiens on a stretch pass from Michael Bianconi.