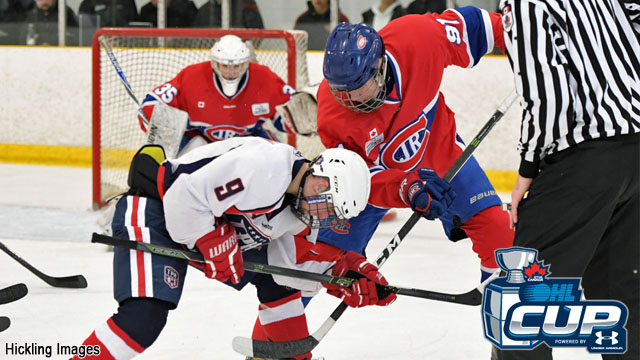 They withstood a late push but the Toronto Jr. Canadiens held on for a narrow 2-1 win over the TPH Thunder, rebounding from a 3-0 blanking at the hands of the London Jr. Knights on Tuesday night.

“It’s nice to get on track here,” said Morgan post-game. “We couldn’t get much going last night, but I think that late goal in the first period gave us a boost and we built off that. We got outplayed in the third period, but good teams find ways to win.”

The Jr. Canadiens were outshot 32-18 in the win as TPH left an impression despite coming up short.

“There’s a lot of high-end talent on their team and a few guys that you really have to be careful with. We had some great goaltending that helped us pull through.”

Dylan Wendt scored his second goal of the day for TPH with 15 seconds left in regulation to spoil Glassford’s shutout bid. TPH falls to 1-1 and has a day off on Thursday before looking to rebound first thing Friday against the Mississauga Senators.