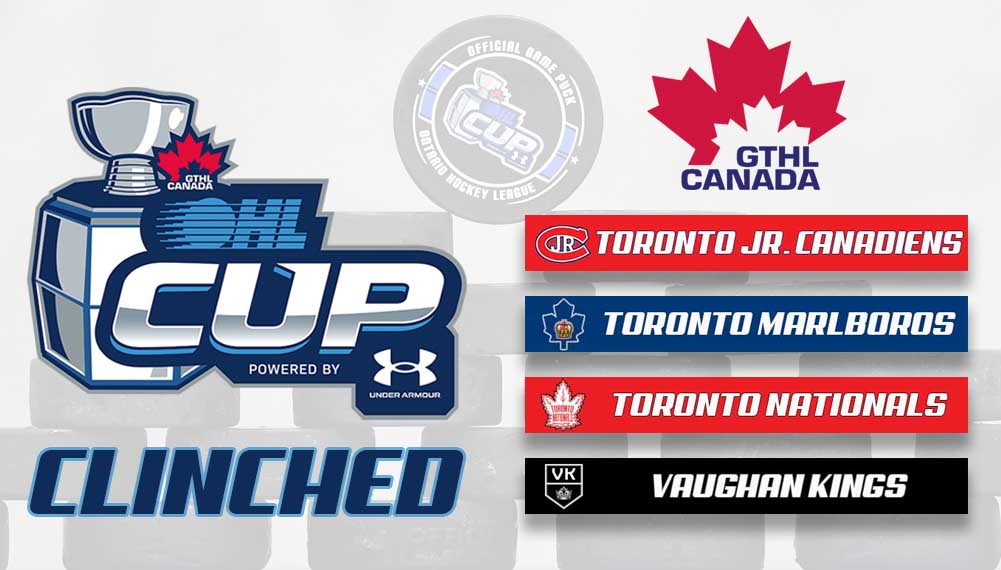 The first four spots at the 2020 OHL Cup Powered by Under Armour have been spoken for.

The GTHL Playoffs are down to the final four following a 3-2 Vaughan Kings Game 5 victory over the Toronto Titans on Tuesday night, pushing the Kings into the annual showcase while the Titans, who recently climbed to the top of the weekly OHL Cup Top-10 Rankings, will try and make their way into the tournament through a wild card process.

Vaughan is squaring off with the Toronto Nationals who come off a 6-0 (pts.) series triumph over the Mississauga Reps.

The other GTHL Semi-Final series sees the Toronto Jr. Canadiens squaring off against the Toronto Marlboros, with JRC coming off a 5-1 win on Monday.

The Jr. Canadiens eliminated the Markham Majors in three straight first round matchups while the Marlboros are coming off a 6-2 (pts.) elimination of the Mississauga Senators.

Here’s a closer look at the first four teams to guarantee themselves spots at the 2020 OHL Cup Powered by Under Armour: