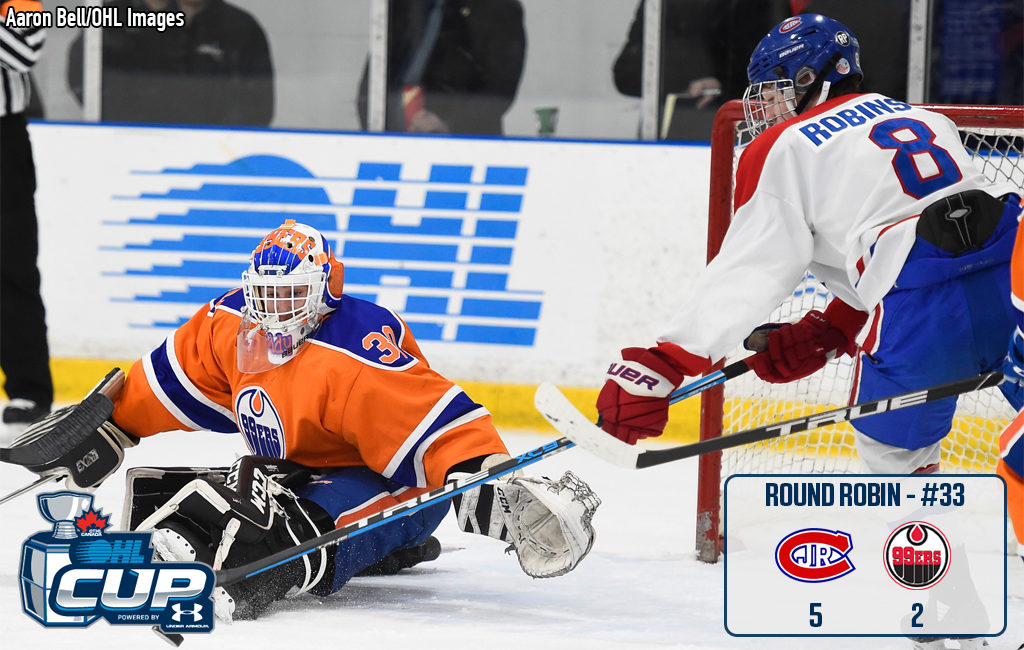 The Toronto Jr. Canadiens are off to the OHL Cup quarter-finals after outshooting the Brantford 99ers by a lopsided total of 43-12 in a 5-2 victory.

“We had our forecheck working out there, and when we’re effective that way we usually have success,” said O’Hara. “We really wanted to get shots to the net and work hard for second efforts.

“It’s good to know we’ll be playing tomorrow and we’re one step closer.”

Ethan Patrick (1) and Tanner Bibby (1) scored for the 99ers who dropped to 1-2-0 and fall out of playoff contention. Brantford netminder Ben Edwards earned Player of the Game honours for his club wit ha 38-save effort.

Toronto’s Frankie Carogioiello picked up three assists to earn Player of the Game honours and pulls into a first place tie for the tournament scoring lead with eight points (2-6–8) in four games.

The 99ers are back in action at 5:15pm to take on the Don Mills Flyers in the tournament’s round robin finale.

Cole O’Hara scores the game-winning goal for the Jr. Canadiens.