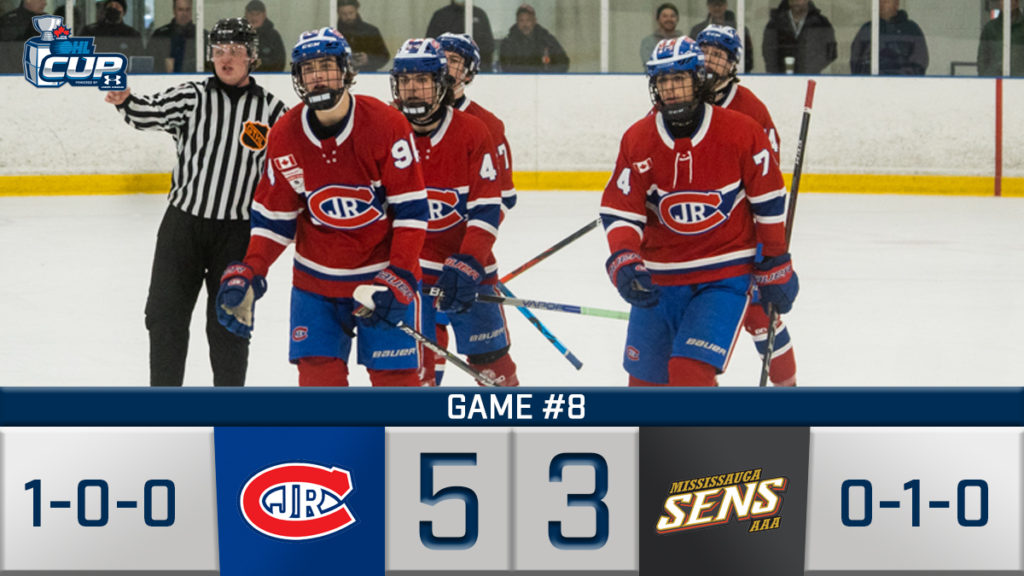 In a battle between the number one ranked Toronto Jr. Canadiens and number three ranked Mississauga Senators, the GTHL champion Jr. Canadiens continued their winning ways, besting the Sens to open their OHL Cup Powered by Under Armour showcase.

In a game filled with speed, skill and physicality both teams brought the energy, with the Sens pulling out to a 3-1 lead with two early goals from Michael Misa and Gabriel Frasca. Despite being down, the Jr. Canadiens would score four unanswered with two goals from Porter Martone, and the game winning goal from Antonio Tersigni.

“We stuck to our game plan, we knew we had to get pucks behind the their defence, and get pucks on net, and that’s what we did,” said defenceman Anthony Cristoforo on what it took to come back, as he also tallied four assists in the game.

Knowing the importance of getting the win in the first game, Cristoforo said, “We knew first game was going to be a big game, getting that first one out of the way is huge, now we’ve just got to take it game-by-game.”