Jr. Canadiens back at the big dance 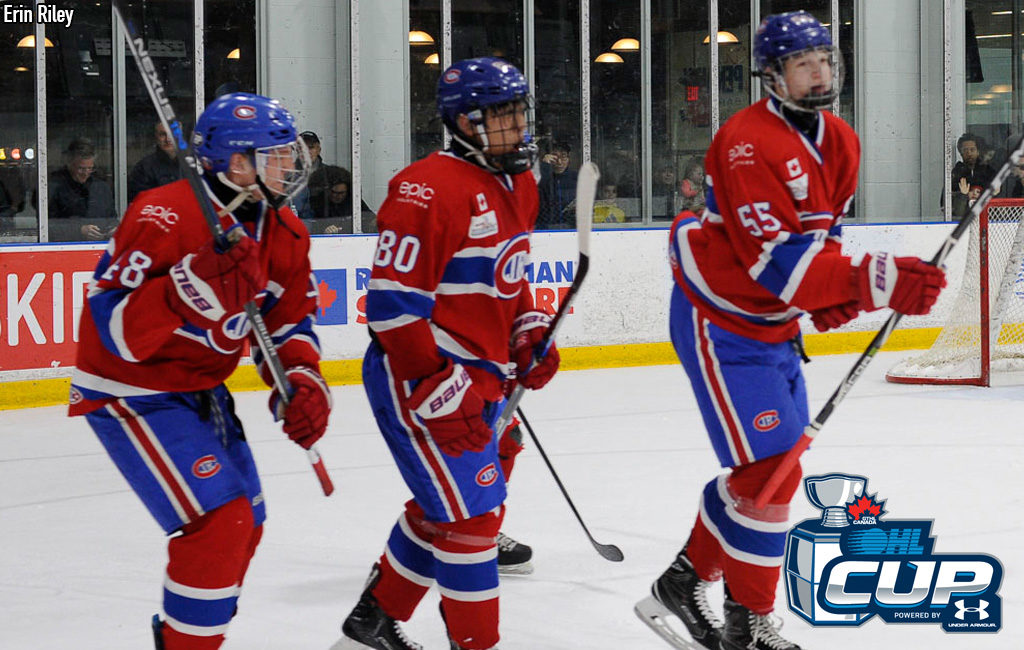 Coming out on top of a semi-final overtime thriller against historic rivals the Toronto Marlboros, the Toronto Jr. Canadiens ride a wave of momentum into the OHL Cup powered by Under Armour Championship Final, just one win away from their first title since 2008.

JRC’s semi-final effort was a spirited one as they wore down the bigger, more imposing top-ranked Marlboros, outshooting them 19-11 through the third period and into overtime before defenceman Daniil Chayka scored his fourth of the showcase on a rebound.

They might be a little smaller than the average team in the GTHL this season, but what they lack in size, they make up for in spunk, playing a disciplined system under a former big-time OHL scorer in Daniel Sisca behind the bench.

“I think we have a very underrated team,” said defenceman Aydin Parekh. “I think our lack of size gets teams to underestimate us sometimes but we work hard, compete and find ways to win games.

“It doesn’t always have to be flashy, but we find a way to do it. It’s about having a plan and executing it.”

They certainly made good on that plan throughout the showcase, outscoring opponents 28-7 while recording one of the event’s top power plays at 7-for-22 (31.8%).

The Jr. Canadiens have earned the praise of coaches for their tireless work ethic and determination this season.

“All of our guys work, but especially out smaller guys. They don’t give up and that’s what enables them to be effective at this level,” Sisca noted. “There’s a lot of battles in a hockey game and often times it’s just a matter of wanting it more than the other guy.”

The 5-0-1 Jr. Canadiens have been led offensively by 6-foot-1, 175Ib. centre Dylan Robinson throughout the season. The crafty pivot sits tied for second in tournament scoring with 10 points (5-5–10). Michael Bianconi has carried a steady load on the back end, leading all JRC defenders with seven points (3-4–7) and a tournament-leading plus/minus rating of plus-12.

Toronto has already tasted success once this season, winning the Toronto Marlboros Holiday Classic at Christmas time. Tonight they’ll look to win the ultimate prize when they face the Vaughan Kings for an OHL Cup crown at the Mattamy Athletic Centre in downtown Toronto.

RJ Broadhead and Sam Cosentino will have the call as the game is broadcast across the province on Sportsnet Ontario at 7:00pm.