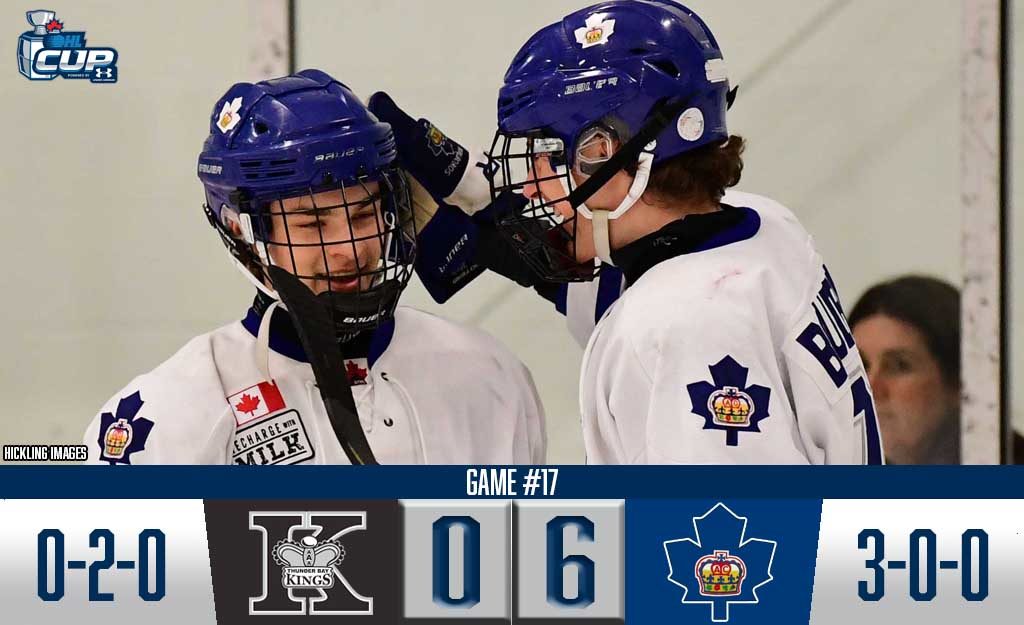 The Toronto Marlboros registered a second straight six goal contest, defeating the Thunder Bay Kings 6-0 to become the first 3-0 team at the 2019 OHL Cup Powered by Under Armour.

The Marlies scored three times in the opening 10 minutes of action as Wyatt Johnston (3), Marc Boudreau (2) and Christian Coffey (1) got things started.

Boudreau (3) buried his second of the contest 3:57 into the second period before Jack Beck (2) gave Toronto a 5-0 lead through two.

Boudreau (4) completed his hat-trick 1:13 into the third with assists from defencemen Logan Mailloux and Ethan Del Mastro, giving the Marlboros 17 goals through three games.

While Boudreau finished with three goals and an assist, Johnston recorded a goal and three helpers while Beck recorded one goal and two assists.

Ben West recorded the shutout for the Marlboros while Julien Lefebvre and Gage Stewart split time in the Thunder Bay crease.

The Marlboros outshot the Kings 25-9. After a day off on Thursday they’ll wrap up their round robin schedule with a date against the Waterloo Wolves on Friday at 5:15pm.

Thunder Bay falls to 0-2. They’re back in action against the London Jr. Knights on Thursday at 12:30pm.