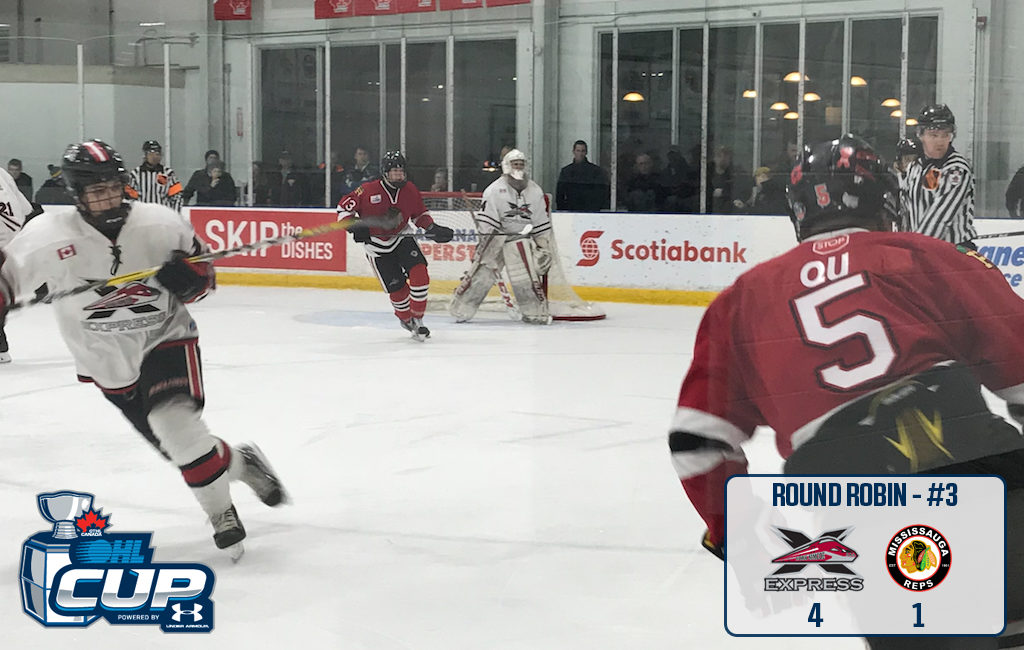 One of the event’s highly anticipated matchups didn’t disappoint as the OMHA champion York-Simcoe Express persevered despite being heavily outshot as goaltender Alexander Imperio made 44 saves in a 4-1 win over the GTHL Finalist Mississauga Reps.

Highly touted OHL Priority Selection prospect Quinton Byfield (1, 2) earned Player of the Game honours for York-Simcoe, scoring twice while adding an assist as he finished the game with a plus-3 rating and six shots on goal.

Evan Vierling (1) and Ty Collins (1) also scored for the Express as they held the Reps off the board late despite being outshot 18-5 in the third period for a three-period total of 45-21.

Jake Uberti (1) opened the scoring 49 seconds into regulation and that’s all the offence the Reps would muster as the defending OHL Cup champions dropped their Round Robin opener.

York-Simcoe squares off with the Mississauga Rebels at 12:30pm on Wednesday while the Reps look to rebound against the TPH Thunder at 1:45pm.