Hurricanes hold on to edge Nationals 3-2 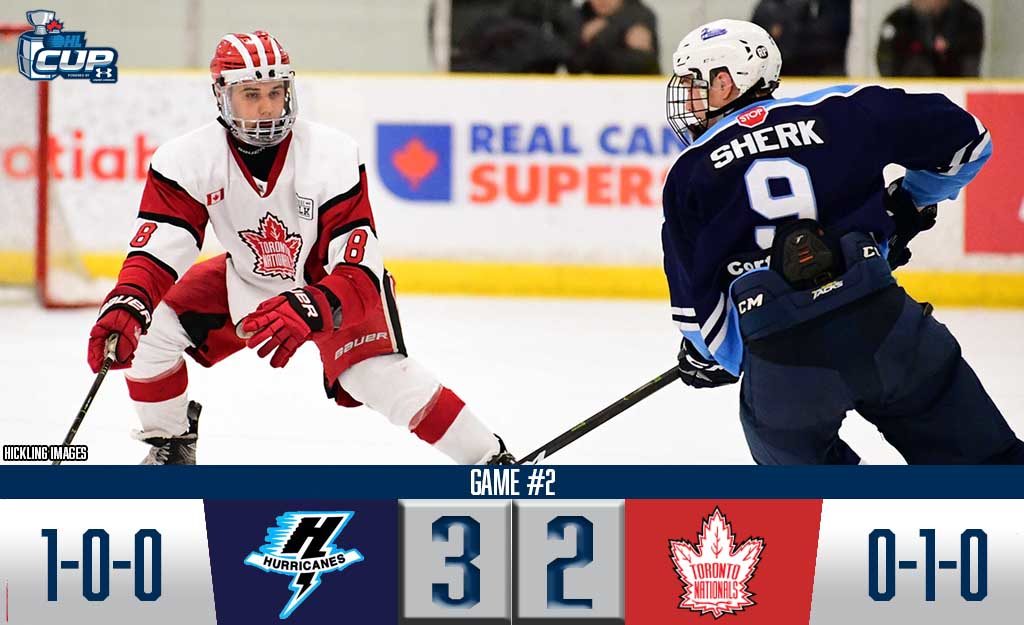 The OMHA silver medalist Halton Hurricanes found a way to win in their OHL Cup opener on Tuesday.

Heavily outplayed late in the game, solid goaltending from Braedyn McIntosh paired with some timely shot blocks helped the Canes persevere to win by a score of 3-2.

“Really proud of our guys,” said Halton head coach Rick Chisholme. “That’s the third-ranked team in the province we just beat, and I think that’s something to be proud of. We really proved something.”

The Nationals poured it on late, with defenceman Adam Zuckerman (1) putting a shot past McIntosh through traffic, but it wouldn’t be enough as Halton came out on top.

“Our goaltender really battled for us, and you need that in a tournament like this,” Chisholme continued. “I think that’s a win we can build off of and we look forward to doing that tomorrow.”

The Hurricanes win their first OHL Cup Powered by Under Armour contest since 2015 and now prepare for a Wednesday morning meeting with TPH Hockey. The Nats will look to rebound against the North York Rangers.