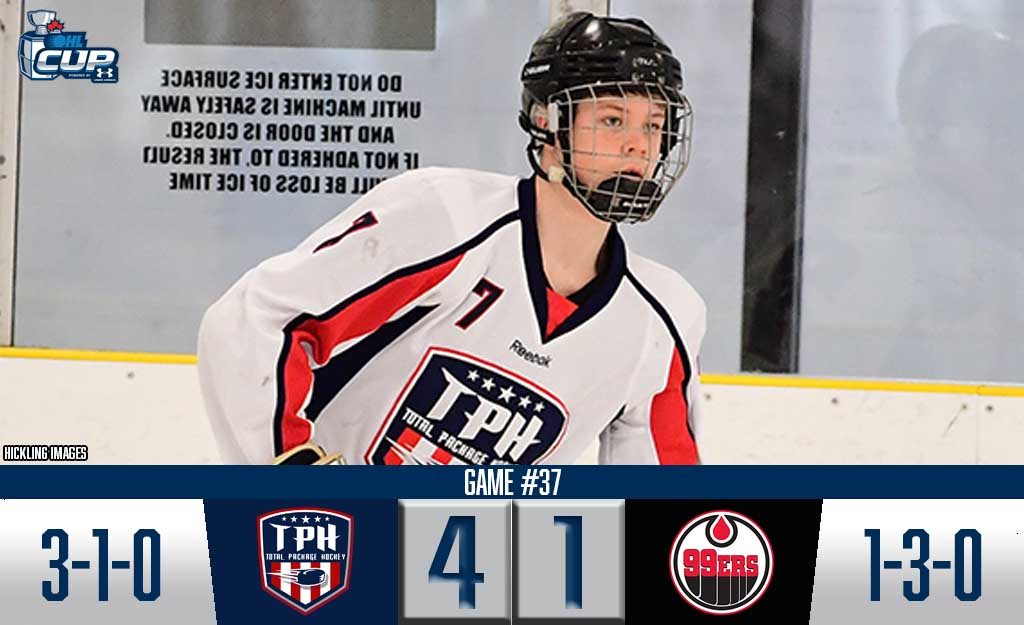 Ryan Humphry (3, 4) had two goals and an assist as TPH Hockey punched its ticket to the OHL Cup Powered by Under Armour quarter-final with a 4-1 win over the Brantford 99ers.

Jared Mangan (2) and Connor Miller (1) also scored while Lucas Hayes had a pair of assists as TPH fell behind 1-0 before netting four unanswered to advance for the first time since 2013.

Cole Hipkin (1) put Brantford on the board with just eight seconds left in the opening period but TPH regrouped, coming out to score three times in the second.

TPH outshot Brantford 31-23 as Gibson Homer turned aside 22 shots for the win.

TPH moves on to take on the undefeated Don Mills Flyers Saturday morning at 10:30am.