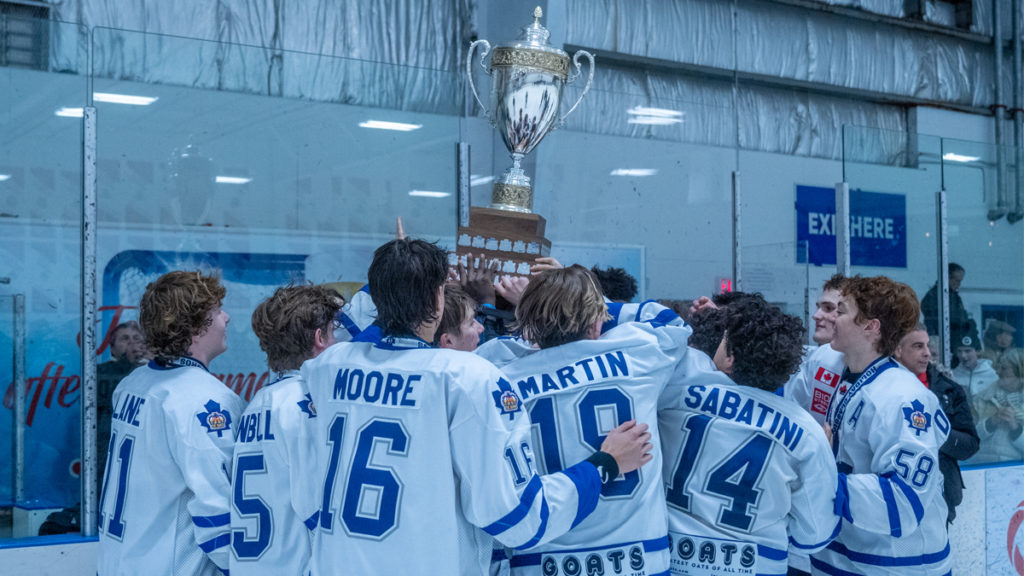 Fresh off their victory at the Whitby Silver Stick in late November, the #1 ranked Toronto Marlboros picked up right where they left off, securing their second tournament win of the U16 season. The Marlies prevailed in their own event, the Marlies Holiday Classic, following another impressive four days of high-level hockey.

Much like every U16 Marlies team in the past coming into the holiday weekend, there is always an added pressure to succeed being the host of the event, an expectation that this year’s group exceeded.

The 07’s finished with a perfect 8-0 record, with round robin victories against the Kingston Jr. Gaels, Windsor Jr. Spitfires, Syracuse Nationals, and Hamilton Jr. Bulldogs, while in the playoffs, defeating the Vaughan Kings (Round of 16), the York-Simcoe Express (Quarter-Finals), a triumphant 4-3 overtime victory against Detroit Little Caesars in the semis, leading them to a date with the Halton Hurricanes in the championship game.

Following a high-paced opening period, Jeremy Martin broke a scoreless tie, picking the top right corner for a beautiful bar-down snipe to give the Marlies the first goal of the game.

“It felt great to get the team going,” said the Marlies forward. “I just kind of picked up the puck in the neutral zone, and at that point in the game, I just went in and shot it hoping for the best, and it went in.

Once Martin scored, the floodgates opened for the Marlboros forward corps, getting goals from Kieran Witowski, Lev Katzin, and William Moore as the Marlies would best Halton by a score of 4-1 for back-to-back tournament wins.

Witowski stepped up big time for the Marlies on the last day of competition, tallying back-to-back multi-point performances which included setting up the overtime winner against Little Caesars, and later in the finals, the eventual game-winning goal against Halton.

“All the boys did their part,” Witowski added. “We faced a lot of adversity through the week, but we pulled through and got the job done.”

As for Lev Katzin in particular, being able to finally win the Holiday Classic was one tournament that he had been itching to cross off his list for quite some time.

“It feels great,” the life-long Marlies forward said. “After many years of losing this tournament and seeing others raise the trophy, now having the gold medal, it feels great.”

Once again, Marlies goaltender Jaeden Nelson stood tall between the pipes against a potent Hurricanes offence, and thanks in large part to his stellar play, was later named tournament MVP.

“Nelly stepped up for us,” Katzin continued. “He was just there for us back there so we were able to focus to produce more offence and not have to worry about them scoring, it was all teamwork.”

The Marlies will now set their sights back to the regular-season and the GTHL playoffs, two more obstacles in their path to their main goal, winning the 2023 OHL Cup.