Hawks in the win column with 4-3 triumph 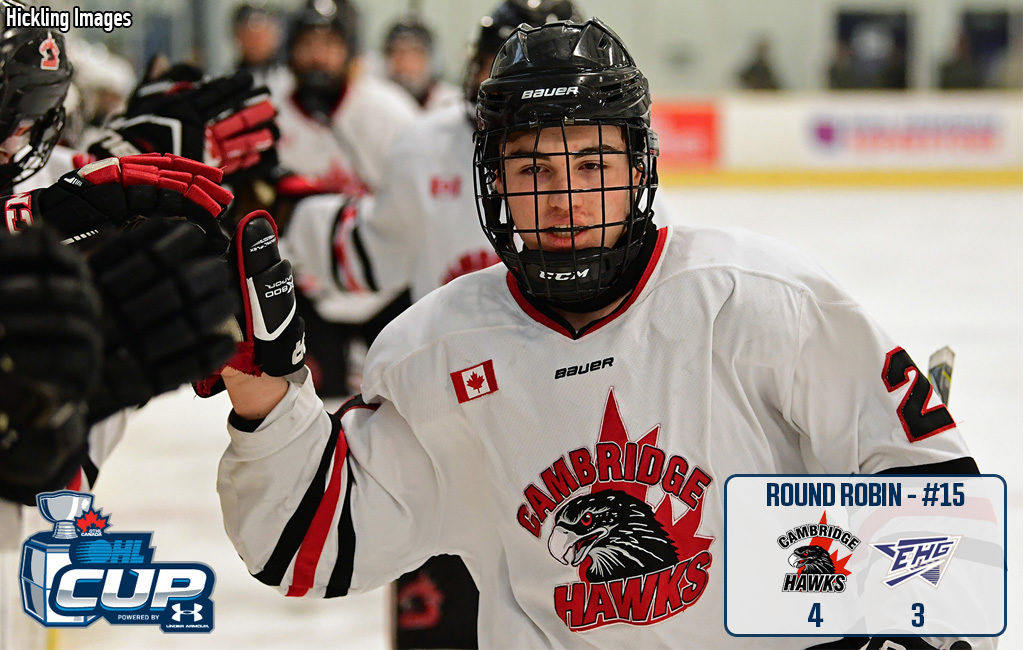 After a 3-2 overtime loss to rival Sun County to start the morning, the Cambridge Hawks responded with a tight one-goal victory to draw even at 1-1 at the OHL Cup Showcase.

Eli Palfreyman (2) broke open a 3-3 tie 4:16 into the third period as Peyton Adams-Matthews collected his second assist of the contest on what would stand as the game winner.

“Yeah we wanted to put the morning behind us, it was a tough loss to swallow,” said Palfreyman. “I thought we played pretty well defensively, but on the offensive side I think we could have executed better and had a couple more goals.

“Either way, we’re right back in this and we can be happy with the result.”

The Hawks took out a 2-0 lead after one period as Mason Mantzavrakos (2) and Ben McFarlane (1) tickled the twine.

Elite Hockey Group came roaring back in the second though as Isaak Novak (3, 4) scored twice and Zack Tonelli (1) also tallied. Tyler Healey (1) struck in the middle stanza for Cambridge as the score was knotted at three to end the second.

Nick Clay provided some timely stops in the third, bolstering the Hawks to victory with 19 saves on 22 shots.