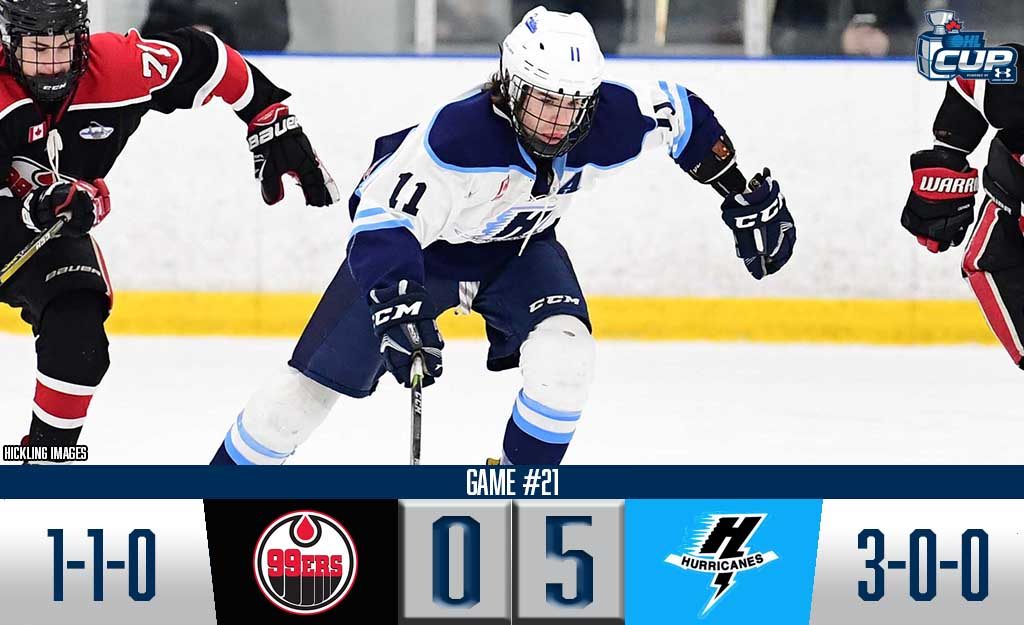 The Halton Hurricanes continued to demonstrate the responsible two-way hockey that earned them an OMHA silver medal, blanking the ALLIANCE Finalist Brantford 99ers 5-0 to become the third 3-0 team at the 2019 OHL Cup Powered by Under Armour.

Braedyn McIntosh followed-up a 34-save effort on Tuesday with a 28-save shutout behind goals from Joseph Meleca (2), Lawson Sherk (2), Jordan Adams (2), Ethan Burroughs (2) and Nathan Wilson (1).

The Canes led 1-0 after one before thundering out of the gate for four in the second period. McIntosh came up big in the third, preserving the five-goal cushion as Halton was outshot 12-3.

The three wins are the most ever by the Halton Hurricanes at the OHL Cup Powered by Under Armour. They look to maintain their perfect start on Friday morning against the North York Rangers at 10:15am.

Brantford falls to 1-1 and will face the Toronto Nationals on Friday at 9:45am.