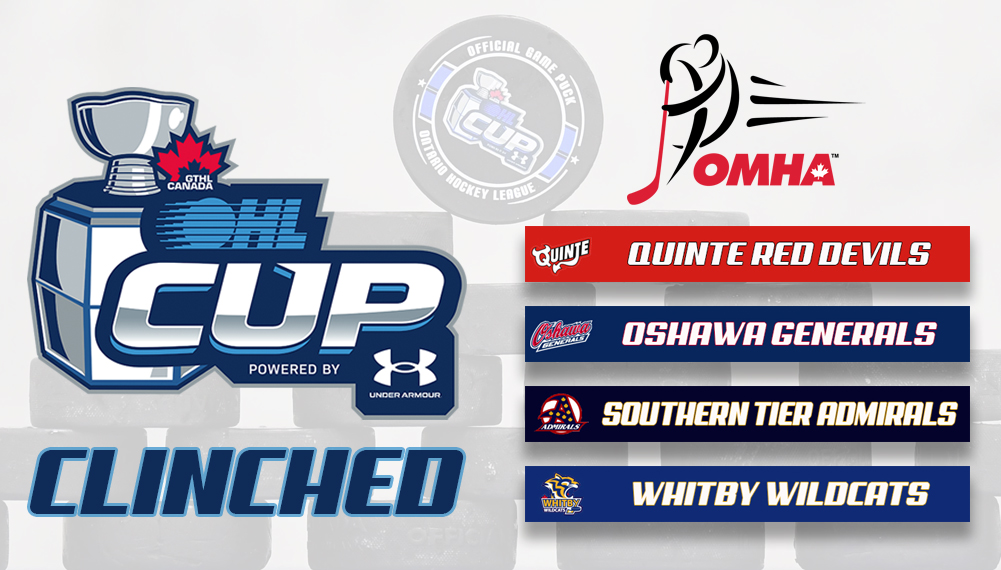 The OMHA Championship wrapped up this past weekend in Belleville, Ont. and four teams have secured spots at the 2020 OHL Cup Powered by Under Armour.

The Quinte Red Devils defeated the Oshawa Generals 5-1, donning the red hats at OMHA champions while the Southern Tier Admirals edged the Whitby Wildcats to capture bronze. All four teams secured spots in the annual showcase.

Here’s a closer look at the four OMHA clubs preparing to compete at the 2020 OHL Cup Powered by Under Armour from March 17-23 in Toronto.