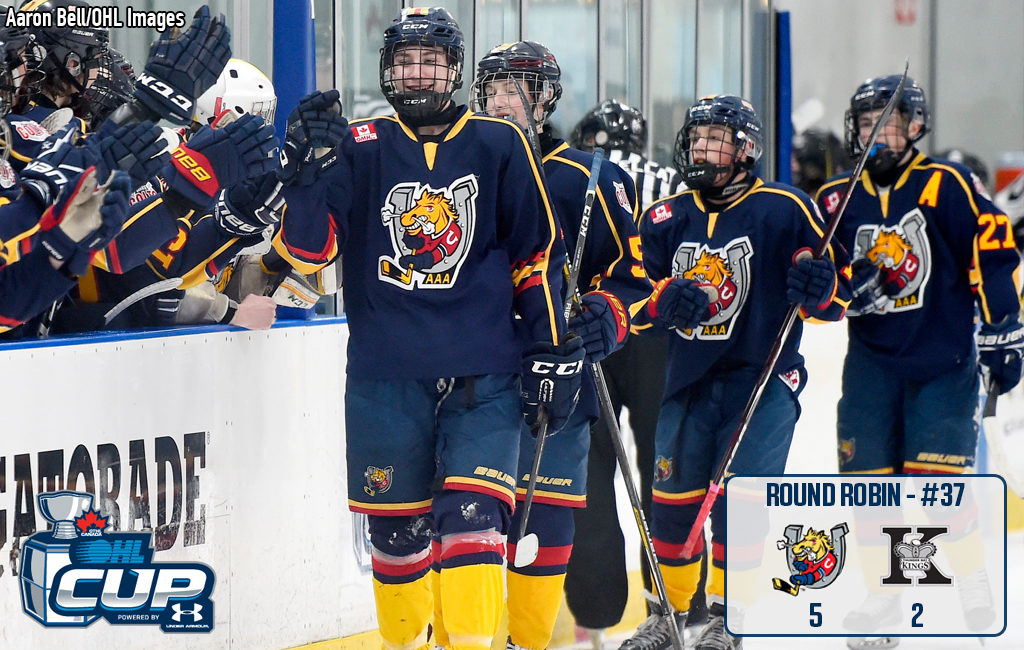 Tyson Foerster (3, 4, 5) climbed into the showcase scoring lead with three goals and an assist to carry the Barrie Colts over the Thunder Bay Kings 5-2. The Colts close out their round robin schedule at the 2018 OHL Cup powered by Under Armour with an undefeated 3-0-1 record.

Barrie’s big line of Foerster, James Hardie (3) and Caleb Minns has been among the most productive all week, accounting for four of the five goals in Friday’s victory. Ryan Lunn (1) accounted for Barrie’s other marker while Taylor Barnett earned two assists.

“We’ve had great chemistry all season but I find we’ve really turned it up in the playoffs,” said Foerster of his linemates. “If you’d told me a month ago we’d be undefeated after four games at the OHL Cup I probably wouldn’t have believed you, but our whole team is playing really well right now.

“We’re going to stick to doing what has made us successful regardless of who we face tomorrow.”

Nicholas Degrazia (1) and Michael Stubbs (1) provided Thunder Bay goals as the Kings make the long trek back home with a 0-3-1 record. Nikolas Campbell (1-1–2) and Trystan Goodman (0-2–2) each had two points to lead the team offensively.

The Colts head into Saturday’s quarter-final led in scoring by Foerster (5-4–9) while linemate Hardie (3-5–8) is right behind him with eight points.