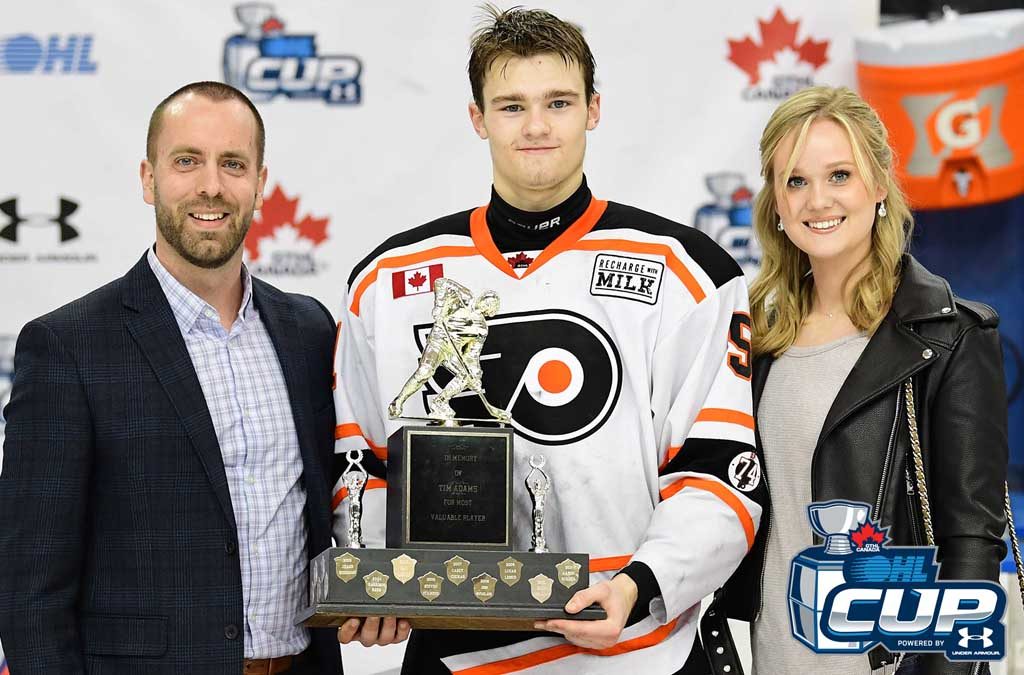 Don Mills Flyers underage forward Shane Wright is the 2019 OHL Cup Powered by Under Armour MVP, leading his club to its first OHL Cup title with a showcase-leading 18 points over seven contests.

Wright has been awarded the Tim Adams Memorial Trophy, given annually to the Most Valuable Player of the Minor Midget showcase.

The Burlington, Ont. native set up teammate Brennan Othmann’s overtime winner, finishing with a goal and two assists in the 6-5 Championship Final victory. Wright led the showcase with 18 points (8-10–18), one shy of Connor McDavid’s 2012 event record.

Wright recorded points in all seven of his contests, starting things with a four point showing (1-3–4) in a 6-1 tournament opening win over the York-Simcoe Express. He recorded four different three-point efforts including a hat-trick in a 7-1 semi-final win over Detroit Little Caesars.

The 6-foot, 181Ib centreman led the showcase with a plus-16 rating, was 66.4 percent in the faceoff circle and finished with the event’s fourth-highest total of 29 shots on goal.

He becomes the first Don Mills Flyer to earn the award, helping the club tie a tournament record with 41 goals scored.

The 2004-born Wright was recently granted exceptional status for the 2019 OHL Priority Selection which takes place on Saturday April 6th.