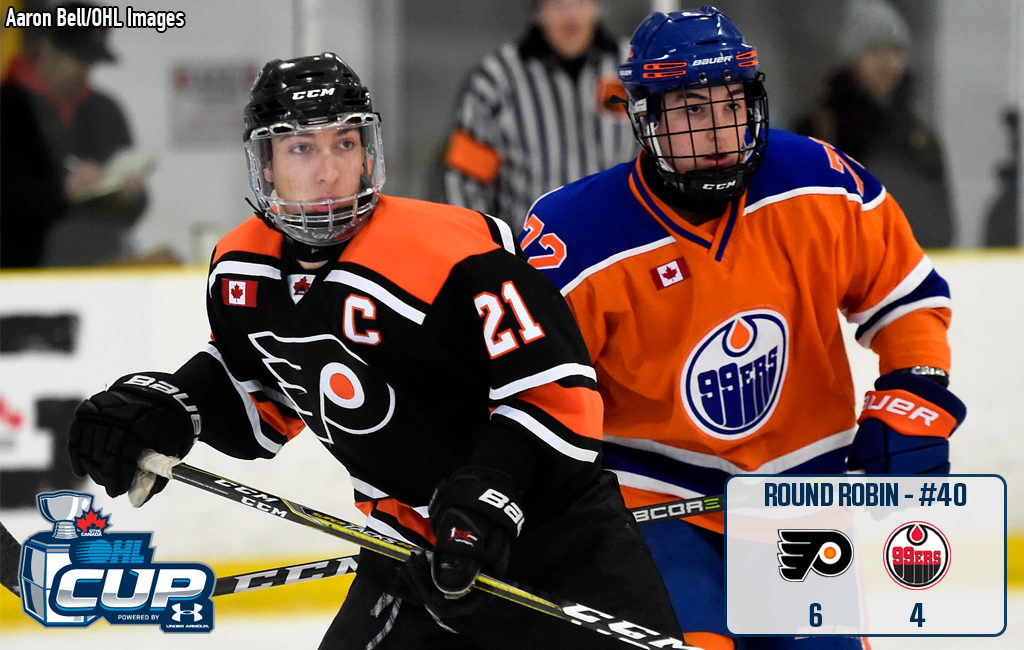 Every team strives to win their last game and the Don Mills Flyers did just that, defeating the ALLIANCE champion Brantford 99ers 6-4 as Zach Brauer (1) netted the third period game winner.

Nicholas Palazzo was a difference maker for Don Mills, stopping 35 of the 39 shots he faced as the Flyers won despite being outshot 39-25.

The chippy game included a combined 14 power plays as Don Mills went 2-for-8 to Brantford’s 1-for-6 performance.

Ellis Rickwood (3) was a bright spot for the 99ers, recording a goal and three assists as his club ended the 2018 OHL Cup with a 1-3-0 record. Todd Gratton (1), Maddox Callens (1) and Richie Albert (1) also lit the lamp for Brantford.

Daniel Ruocco scores the third goal of the night for Don Mills.