Flyers too much for Express in opener 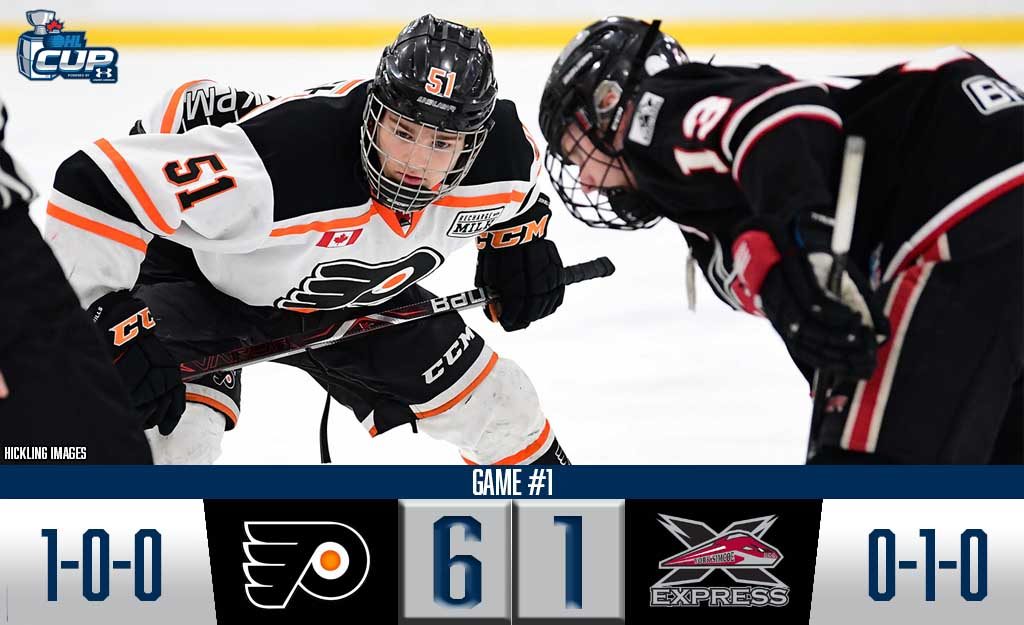 Exceptionally talented underage forward Shane Wright (1) joined teammate Francesco Arcuri (1) with a goal and three assists as the Don Mills Flyers skated to a commanding 6-1 win over the York-Simcoe Express.

The Flyers honoured the memory of former teammate Roy Pejcinovski prior to the first puckdrop of the 2019 OHL Cup Powered by Under Armour and went on to play an inspired game, getting the two points.

Brennan Othmann (1, 2) scored twice and added an assist while blueliner Brandt Clarke (1) finished with a goal and two helpers.

“A lot of fun to play in front of this many fans and scouts,” said a smiling Wright after the win. “Great to see my teammates have the success they did tonight too. Our power play was really clicking and I thought we got better as the game went on.”

Edward Moskowitz (1) also scored for the Flyers while other key contributors in Roman Schmidt and Liam Arnsby picked up assists.

“We moved the puck well tonight and I thought we won a lot of battles which is always important,” Wright added. “We want to do that again tomorrow.”

Declan Ghosh (1) scored 53 seconds into the first period for York-Simcoe and that’s all the offence the Express would muster as Don Mills netminder Anson Thornton was perfect the rest of the way.

Don Mills readies for the wild card entry North Central Predators on Wednesday at 2:15pm while the Express look to rebound when they take on Detroit Little Caesars at 1:45pm.