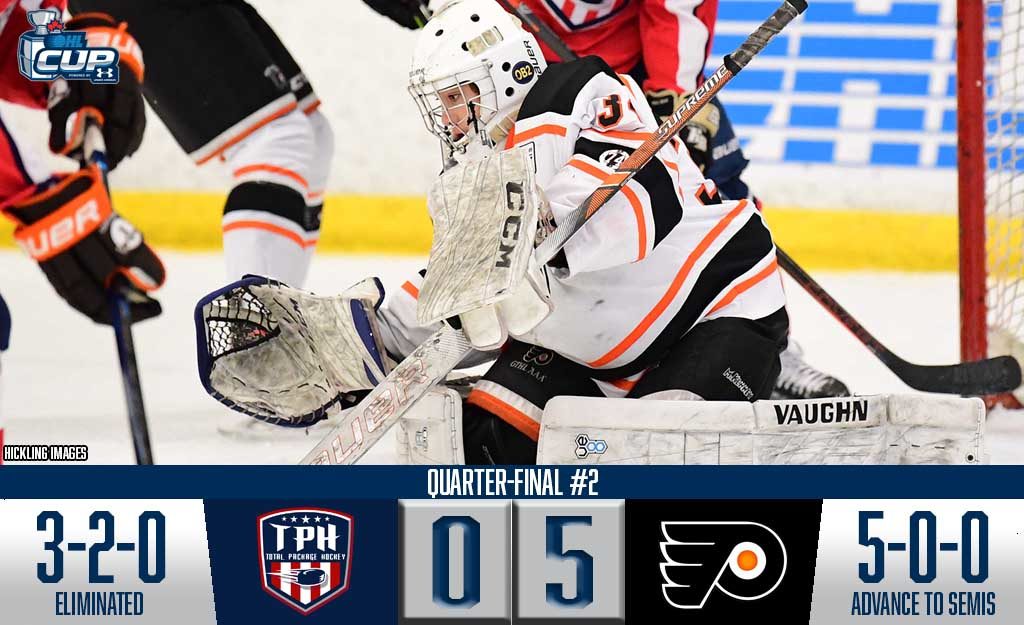 The Don Mills Flyers posted their third consecutive shutout to advance to the semi-final of the 2019 OHL Cup Powered by Under Armour. The 5-0 win over TPH Hockey improves Don Mills to 5-0 in the showcase.

Anson Thornton stopped all 14 shots that came his way while the Flyers struck five times on 29 shots, netting a pair of shorthanded goals in the process.

“I think we stuck to our game plan and when we do that we tend to have success,” said big Don Mills blueliner Roman Schmidt. “We did a good job of limiting their chances and we’ll have to continue that tonight against Detroit.”

“I think we’ve taken what we’ve done throughout the season and done a pretty good job of continuing that here,” Schmidt added. “Tonight’s a big game though. Detroit played us tough yesterday and the rematch is going to be a good challenge for us.”

TPH sees its solid showcase come to an end as they fall to 3-2. They were led in scoring by Ryan Humphry (4-3–7), winning three games at the showcase for the first time since 2013.

The Flyers prepare to face the Detroit Little Caesars in semi-final action tonight at 6:00pm. Don Mills edged Detroit 3-0 in round robin action on Friday afternoon.