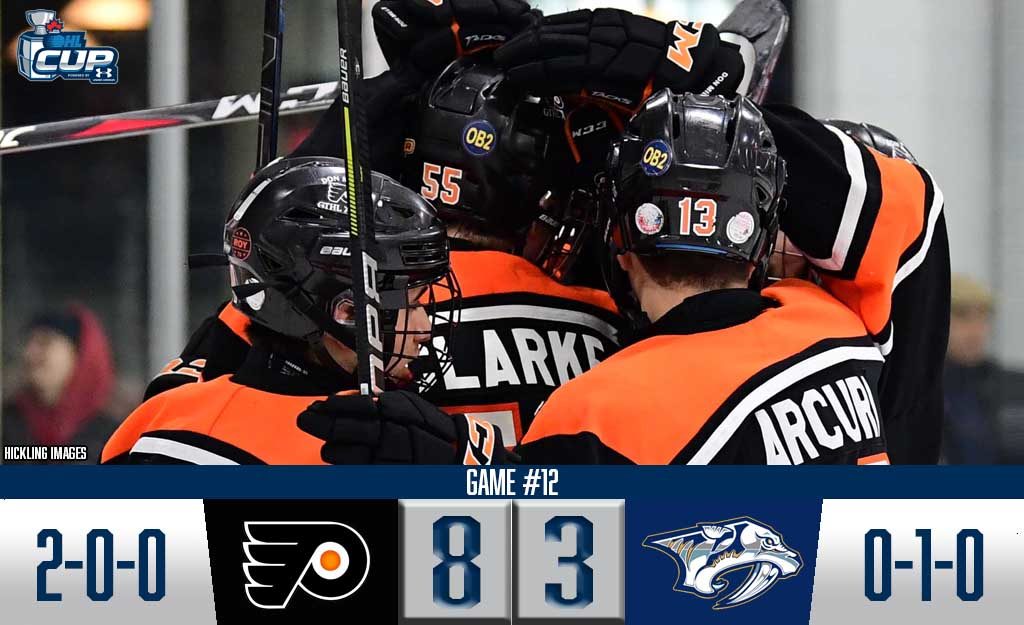 The slightly younger of the two, forward Alex Christopoulos racked up two goals and three assists in the win as Don Mills outshot North Central 54-15.

“That was a hard-hitting game, both teams really competed,” said Christopoulos. “We had to battle for pucks and work for the win today. It’s a good feeling to be 2-0 at this point.”

“We don’t want to settle with where we’re at right now,” Christopoulos continued. “We have to keep pushing and not let our foot off the gas because there’s a lot of hockey left.”

The Preds are back in action against the OMHA ETA opponent York-Simcoe Express at 8:45pm. Don Mills looks to stay perfect against the Windsor Jr. Spitfires at 9:15pm.