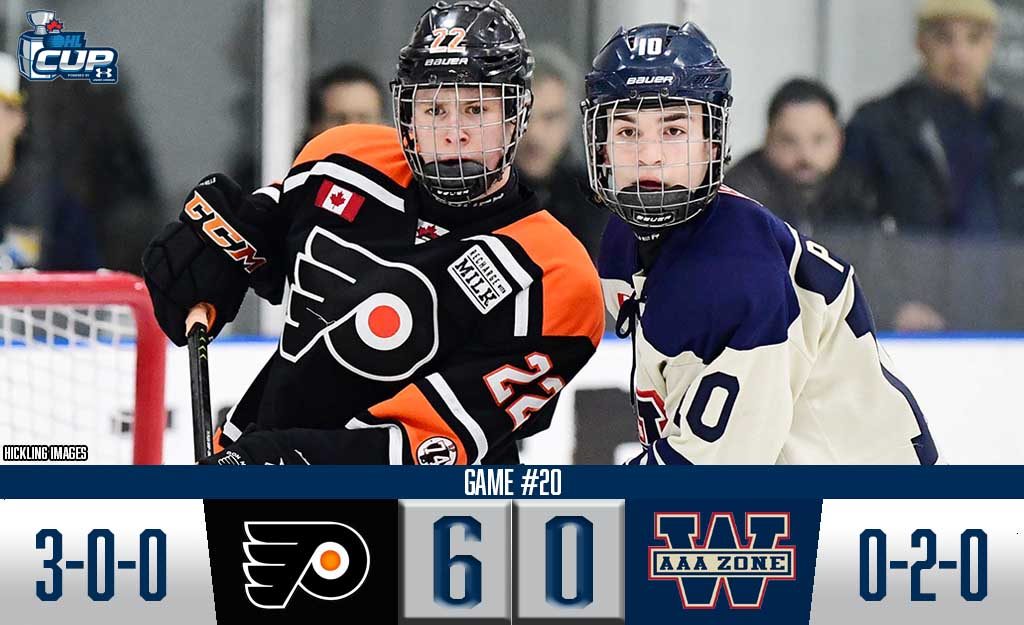 Arcuri scored twice and added an assist while Othmann picked up a goal and two helpers. Alex Christopoulos (3), Paul Christopoulos (3) and Shane Wright (3) also tallied while Anson Thornton recorded the shutout in goal.

“We’ve challenged ourselves to be the best team in the round robin and just take this one step at a time,” said Flyers captain Ethan Mistry. “We’re a really self-motivated group and we want to win badly.

“I thought all of our lines were rolling tonight and through three games I think we’re doing the right things out there.”

The Flyers are 3-0 and have outscored opponents 20-4 while Windsor falls to 0-2, being shutout in each of their losses on Wednesday.

Don Mills has the day off on Thursday before completing the round robin against the undefeated Detroit Little Caesars on Friday at 3:30pm. Windsor looks for its first win on Thursday against the York-Simcoe Express at 2:15pm.