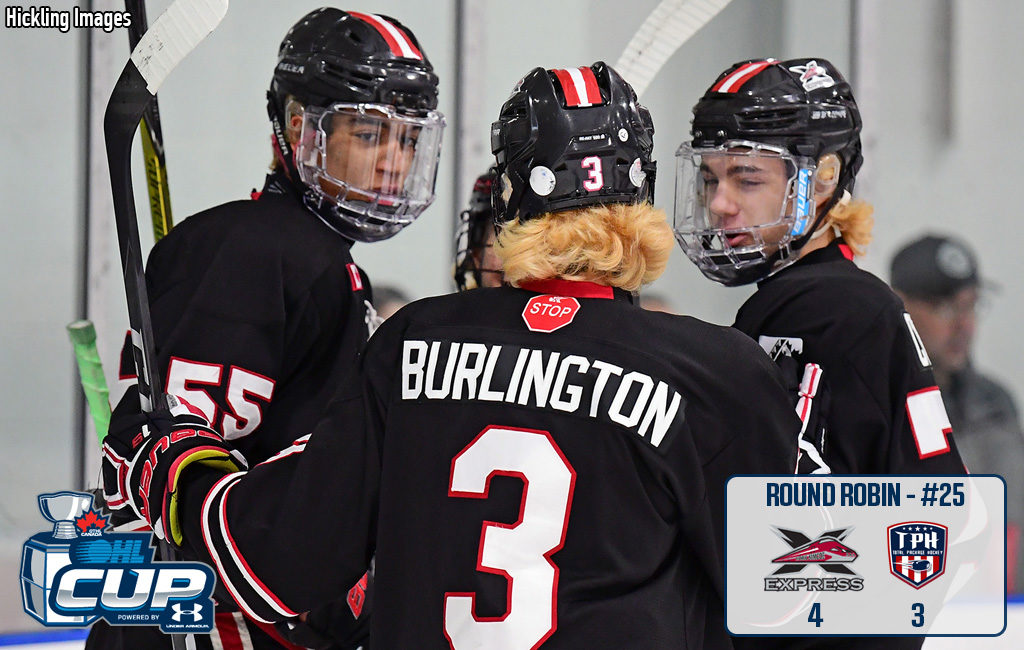 The York-Simcoe Express cut it tight on on Thursday afternoon, recovering to defeat TPH Hockey 4-3 on a pair of late goals become the first 3-0-0 team at the showcase.

Down 3-2, Evan Vierling won an offensive zone draw back to Cameron Butler (2, 3) who put his second of the game through the legs of TPH netminder Gus Bylin with 2:12 remaining.

Vierling (2) got involved again less than a minute later, busting down the wing to beat a defender before chipping a quick shot past Bylin for the game winner at 13:16.

“I knew I needed to step up there,” he said. “It was a bit of a funny game and they challenged us. We had some big saves from (Alexander) Imperio to keep us in it until we got things together.”

Imperio provided a penalty shot denial of TPH’s Josh Rule with 2:31 remaining in the third period, setting the stage for a York-Simcoe comeback.

Quinton Byfield (3) also scored for the Express while Vierling finished with two goals and an assist and Gino Colangelo had two helpers.