Express first to 2-0 after doubling-up Rebels 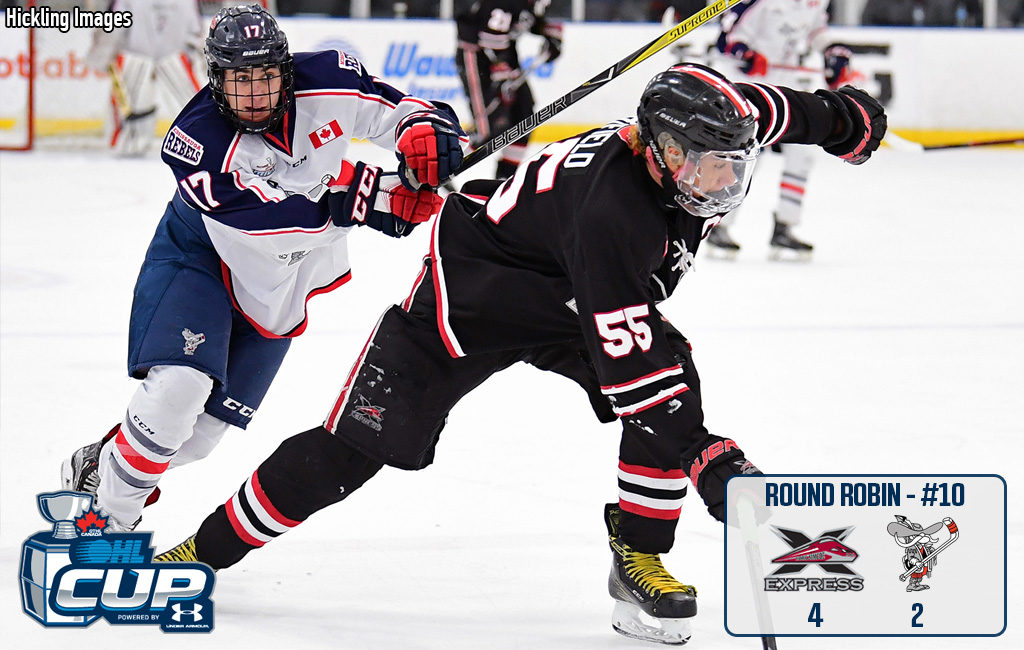 The York-Simcoe Express are the first 2-0 team at the 2018 OHL Cup Powered by Under Armour following a 4-2 victory over the Mississauga Rebels.

The Rebels would pull within in a goal in the third before Collins hit the empty net on Quinton Byfield’s second assist of the game for a 4-2 final.

“We’re playing with a lot of speed,” said Express blueliner Jack Bar who had a goal and an assist. “The ice here is really good and I think we’ve had pretty complete team efforts last night and here this morning.”

Ryan O’Toole (1, 2) scored both Mississauga goals while defenceman Nolan Dillingham-Morelli picked up a pair of assists.

The Express outshot the Rebels 29-22 as Aidan Spooner made 20 saves for the win while Tyler Albuquerque followed up Tuesday’s six-period marathon shutout with 25 saves.