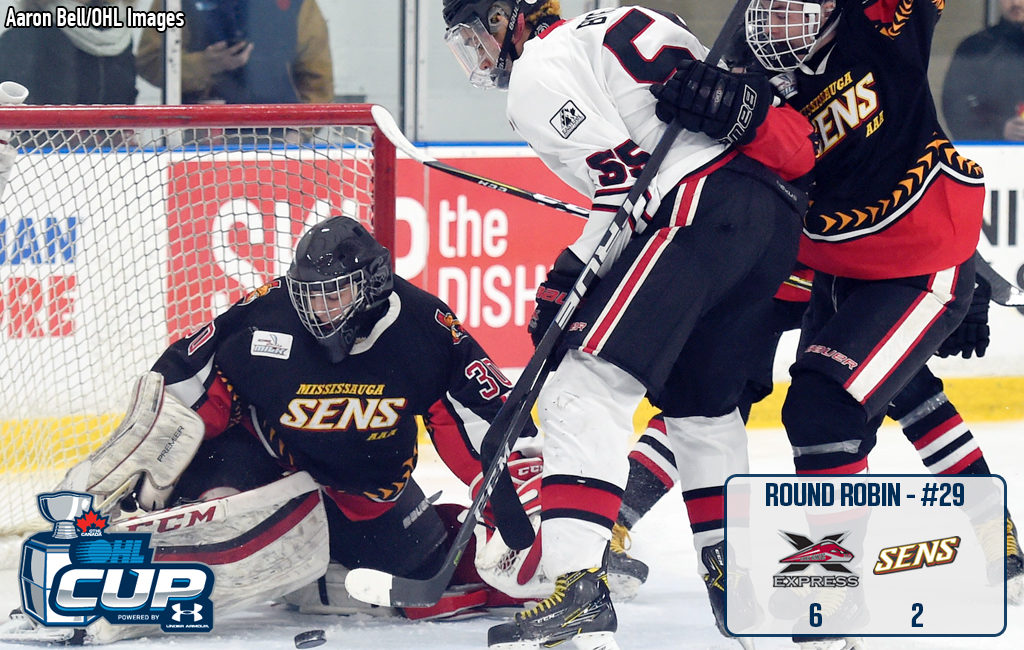 The York-Simcoe Express struck early, scoring three times in the opening two minutes of the hockey game enroute to a 6-2 win over the Mississauga Senators to finish the round robin with a perfect 4-0-0 record.

After scoring a game winner on Thursday, Evan Vierling (3, 4) had another standout performance with two goals and an assist while Quinton Byfield (4) picked up a goal and a helper.

Ty Collins (4), Cameron Butler (4) and Gino Colangelo (1) also lit the lamp for York-Simcoe as the Express punch their ticket to Saturday’s quarter-final.

The Senators dropped to 1-2-0 as Sebastian Bulovs (1) and Chase MacIntyre (3) provided goals.

Aidan Spooner turned aside 22 of the 24 shots he faced to secure the victory for York-Simcoe.