Elite Hockey Group explodes for seven in win over Quinte 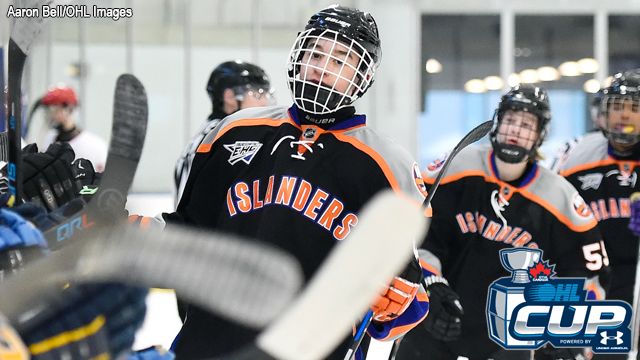 Elite Hockey Group has two wins at the OHL Cup Powered by Under Armour for the first time since 2012 as six different players had goals in a 7-2 victory over the Quinte Red Devils to start the day on Thursday.

Quinte’s Michael Andrews opened the scoring with the first of two goals for him in the game before EHG proceeded to score seven goals on 23 shots in the lopsided outcome.

“For the first time in awhile we’ve got a really balanced group,” said Elite Hockey Group head coach Bob Thornton. “We’ve begun to see some chemistry and every line is producing and contributing for us. We’re really seeing the talent level of this team come to the surface.”

Jacob Zacharewicz turned aside 30 shots as Elite Hockey Group improves to 2-1 and is one of three Nash Division teams with four points.

Quinte falls to 1-2 and looks to rebound against the Toronto Young Nats on Friday.