Elite Hockey Group closes out showcase on a high note 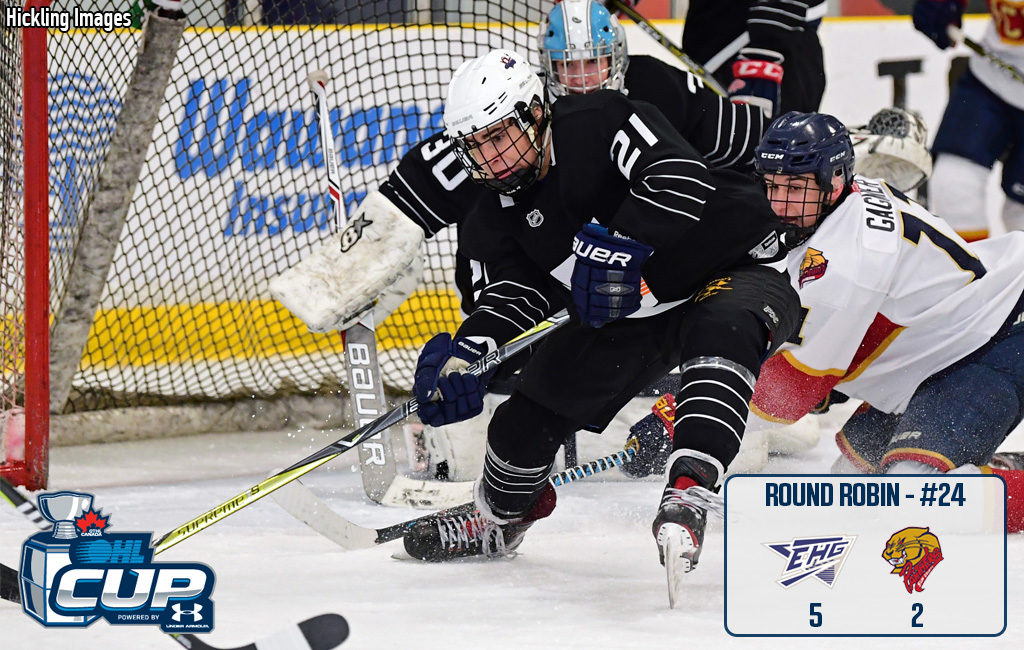 Elite Hockey Group closed out their OHL Cup schedule with their first win on Thursday morning as Matthew Coronado (2) had a goal and two assists in a 5-2 victory over the Sun County Panthers.

Sun County had a hard time getting going in this one as EHG climbed out to a 4-0 lead behind goals from Coronado, Kyle Smolen (2), Nate Hanley (2) and Matthew DeBoer (2). Dane Dowiak (1) would add a fifth midway through the second period to seal the deal as Elite Hockey Group returns home with a 1-3-0 record.

The win marks the third straight year Elite Hockey Group has earned a win at the OHL Cup.

“I thought we created some good things offensively this week,” said Coronado, who recorded five points (2-3–5) over four tournament games. “We gradually got better and communicated more on the ice and in today’s game I think we really saw some more of our skill come out.”

Elite Hockey Group took the shooting column 38-32 in a chippy game that saw a combined 15 power play opportunities between the two clubs.

Liam O’Gwen earned the win in goal with a 30-save showing while Sun County’s Kagan Doherty-Awram stopped 33 shots.

Elite Hockey Group was led in scoring by Isaak Novak whose four goals, one assist and five points in four contests have him tied for the tournament lead as of Thursday afternoon.