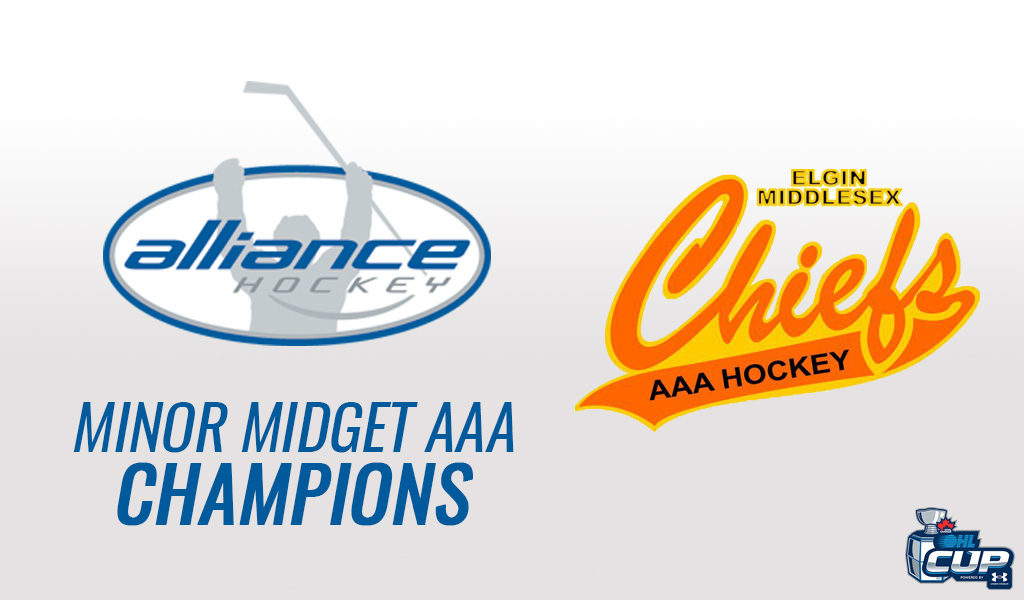 The Elgin-Middlesex Chiefs are 2020 ALLIANCE Minor Midget AAA champions, defeating the Hamilton Huskies by a score of 3-2 to win their series 7-1 in points on Sunday in Hamilton.

Hunter Haight scored a pair of power play goals before Brady Stonehouse scored the third period game winner, crowning the Chiefs champions after they finished the regular season with a 25-0-8 record and eliminated Lambton and Huron-Perth en route to the Final. Elgin-Middlesex won Game 1 of the series 2-0, the two teams tied 2-2 in Game 2 and Elgin-Middlesex took Game 3 by a score of 6-1 before Sunday’s 3-2 series-clinching victory.

The finalist Hamilton Huskies will also be at the 2020 OHL Cup Powered by Under Armour along with the third place Waterloo Wolves.

Couldn’t be more proud of this group of young men. Congrats to every single one of you for all your hard work and commitment to the team. Still have some work cut out for us, let’s go get that OHL Cup!!! #2020ohldraft