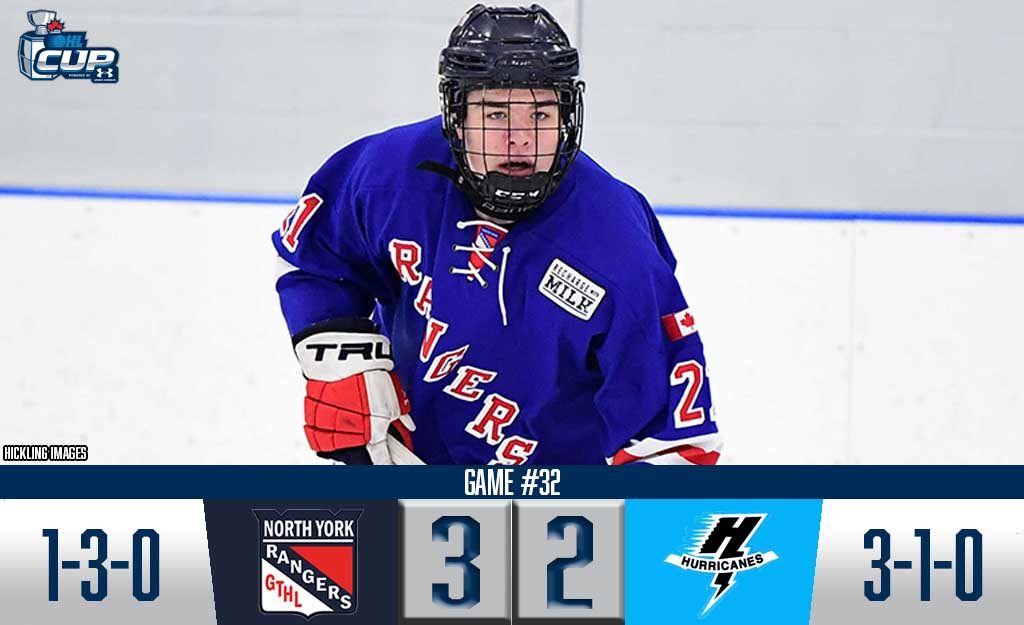 The Halton Hurricanes’ undefeated run at the 2019 OHL Cup Powered by Under Armour came to an end on Friday morning.

Braeden Donnelly took a Vlad Dvurechenski feed down low before curling out into the slot and snapping a shot past a screened Matteo Drobac 7:52 into overtime as the North York Rangers were victorious in their final game together.

“It’s a shot I’ve worked on for a long time,” said Donnelly with a smile. “I got a nice pass from Vlad, saw that the goalie was screened and just hit my spot. It’s a goal I’ll never forget.”

The North York win was backed by a 28-save effort from Player of the Game Ryan Mendlessohn, who also turned aside Hurricanes defenceman Calum Chau on a third period penalty shot.

Hurricanes captain and recently named OMHA SCTA Player of the Year Lawson Sherk (3, 4) provided both goals for his club while Joseph Meleca picked up a pair of assists.

North York’s showcase comes to an end as the Rangers were led in scoring by Patrick Saini (3-1–4) who also led the team with 22 shots on goal.

Halton wraps up the round robin at 3-1-0, securing a spot in Saturday’s quarter-final.