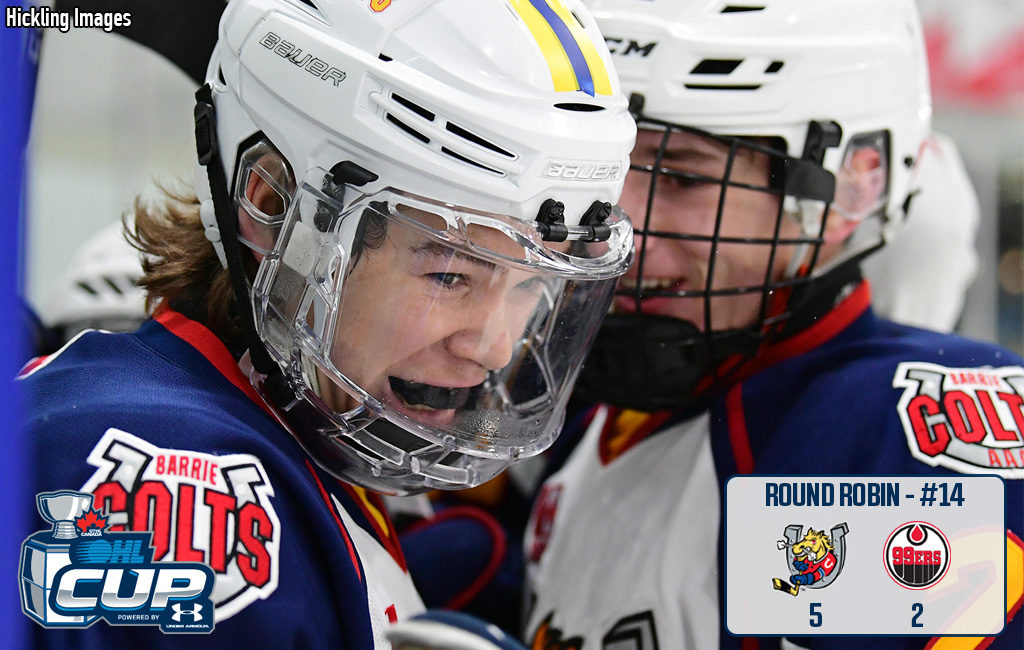 The Barrie Colts have collected three of a possible four points at the 2018 OHL Cup Powered by Under Armour following a 5-2 win over the Brantford 99ers on Wednesday afternoon.

Rees Cameron (1, 2) scored twice while Tyson Foerster and Taylor Barnett had two assists as the Colts scored three times in the second period to take control of the game.

After Brantford’s Theo Hill (2) tied the score at one, the Colts responded just 13 seconds later to go ahead for good on a goal from defenceman Brett Pearce (2).

James Hardie (1) and Rylee Hlusiak (1) also lit the lamp for Barrie as they outshot Brantford 30-21.

“I thought we were pretty good from start to finish,” said Cameron, who scored one goal on the power play and another shorthanded. “It’s been a good start, now we just have to come prepared for a big challenge against Don Mills tonight. It’d be nice to finish first in our division.”

Ellis Rickwood (2) provided Brantford’s other goal as Barrie netminder Harrison Fleischaker made 19 saves in the win.