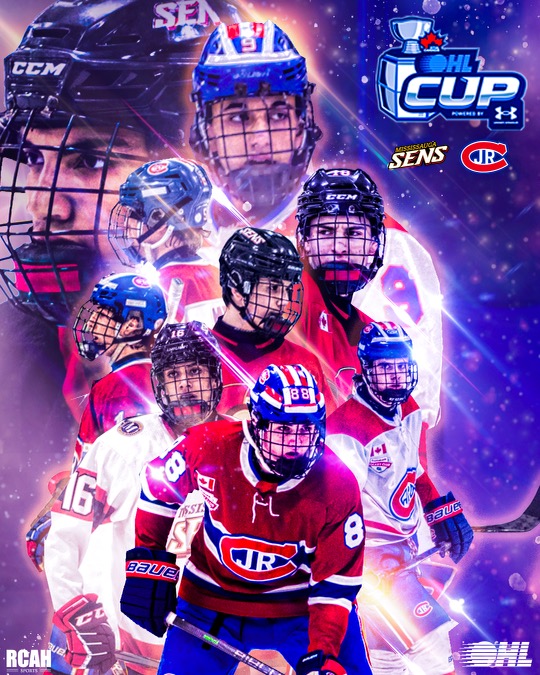 NOTE: Fans interested in attending Monday’s Championship Final are able to do so free of charge. Per Ryerson University’s current Covid-19 protocols, please be prepared to show proof of vaccination and abide by the University’s masking protocols while inside the Mattamy Athletic Centre. Visit ryerson.ca/covid-19 for full details

For those watching from home, tonight’s game can be seen FREE on CHL TV. Visit watch.chl.ca to sign up for an account. Viewers across Ontario can see the game on the OHL Action Pak.

It’s Game #47, the culmination of an exciting week in Toronto, and a season of hard work and determination through stoppages and the unpredictable nature of what we’ve all been faced with these past two years.

The Mississauga Senators and Toronto Jr. Canadiens have emerged as the last teams standing on the quest for OHL Cup supremacy. Here are some facts and figures ahead of tonight’s game at the Mattamy Athletic Centre: