Canes first team to 2-0 with shutout of TPH 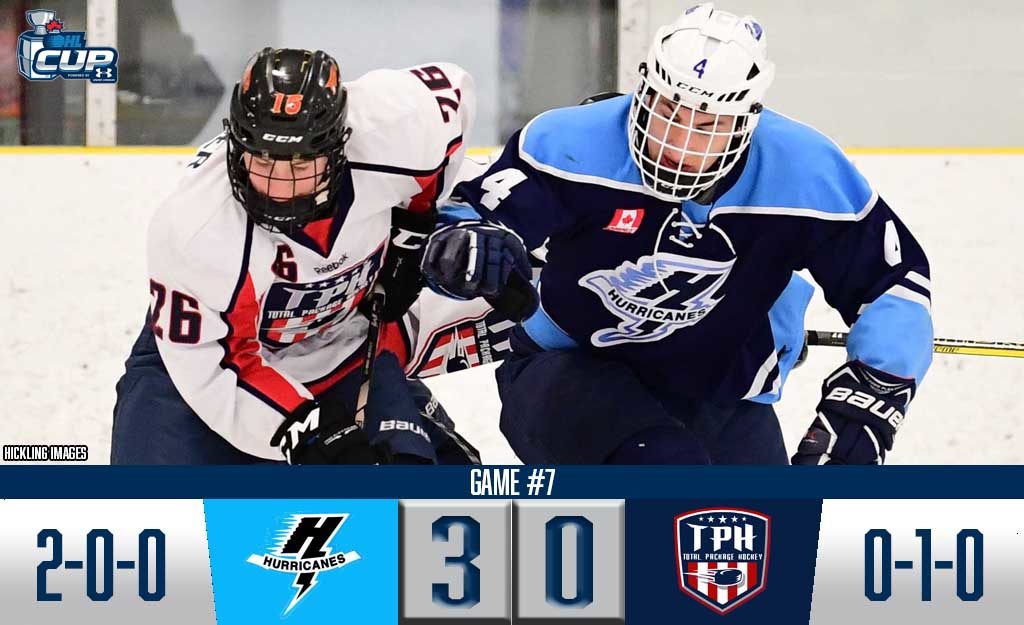 On Tuesday it was Braedyn McIntosh providing key saves late to backstop the Halton Hurricanes past the Toronto Nationals. On Wednesday Matteo Drobac took over, turning aside all 29 shots he faced in a 3-0 win over TPH Hockey.

The Hurricanes become the first 2-0 team in the showcase as Leighton Cooke (1) was in on all three goals while Brennan Kennedy (1) and Jordan Adams (1) also found the back of the net.

“It’s been a great response from us after losing the OMHA Final,” said Drobac following his Player of the Game performance. “I mean you need good goaltending in this event but defence is important too and I think Braedyn and I have both had that helping us so far.”

TPH netminder Slava Gordeichuk stopped 25 of 28 in the loss as his squad was unable to solve Drobac.

“It’s definitely different facing shooters you’ve never really seen before, but I think I made the adjustment pretty quick,” said the Halton goaltender. “We’re 2-0 here and we want to keep things going in the right direction.”

The Canes look to remain undefeated first thing Thursday morning when they battle the ALLIANCE Finalist Brantford 99ers at 8:30am.

TPH returns to action at 5:15pm against the Toronto Nationals.