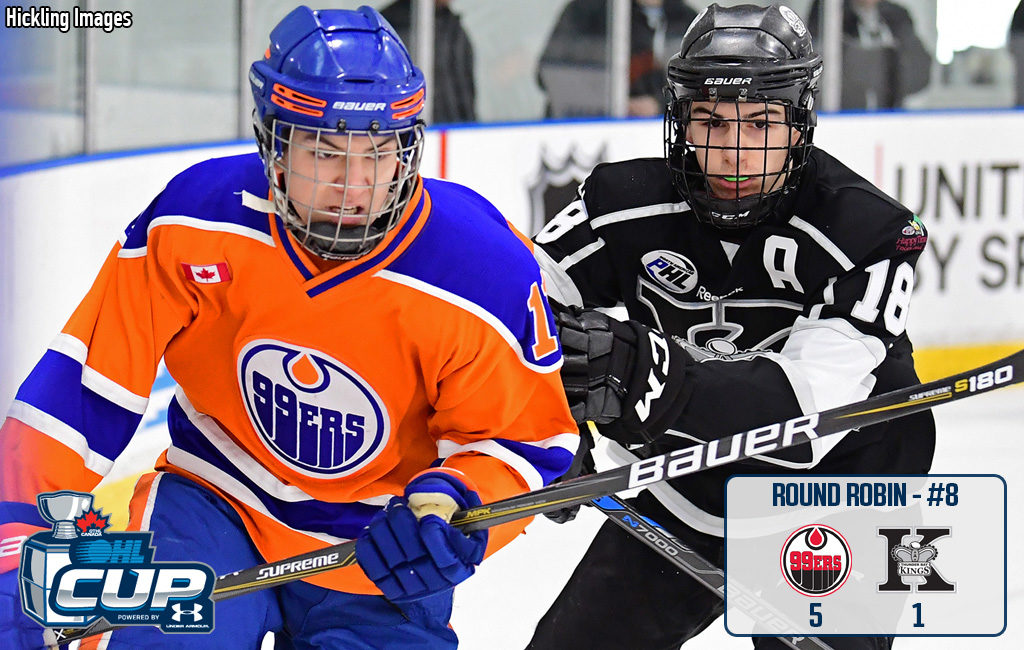 The ALLIANCE Champion Brantford 99ers picked up where they left off, grabbing a 2-0 lead after one period to skate to a 5-1 decision over the well-travelled Thunder Bay Kings to open their OHL Cup schedule.

Maguire Duwyn (1, 2) led the way offensively with a pair of goals as the 99ers won while holding the Kings to an 0-for-6 mark on the power play.

“Yeah we did a lot of good things today,” Duwyn said post-game. “I thought all of our lines were rolling and that’s how we won a championship this year. Everyone has to be involved.”

Theo Hill (1), Andrew Casasanta (1) and Ellis Rickwood (1) also scored for the 99ers while Todd Gratton picked up a pair of assists and Ben Edwards made 24 saves in goal.

“The season has been a lot of fun. Winning is fun,” Duwyn quipped. “I know it’s been awhile since Brantford won a championship and it was a lot of fun to be a part of it this year. We want to keep that going here this week.”

Brantford gets back to work against the Barre Colts at 4:00pm while Thunder Bay returns to the ice against the Toronto Jr. Canadiens at 8:45pm.