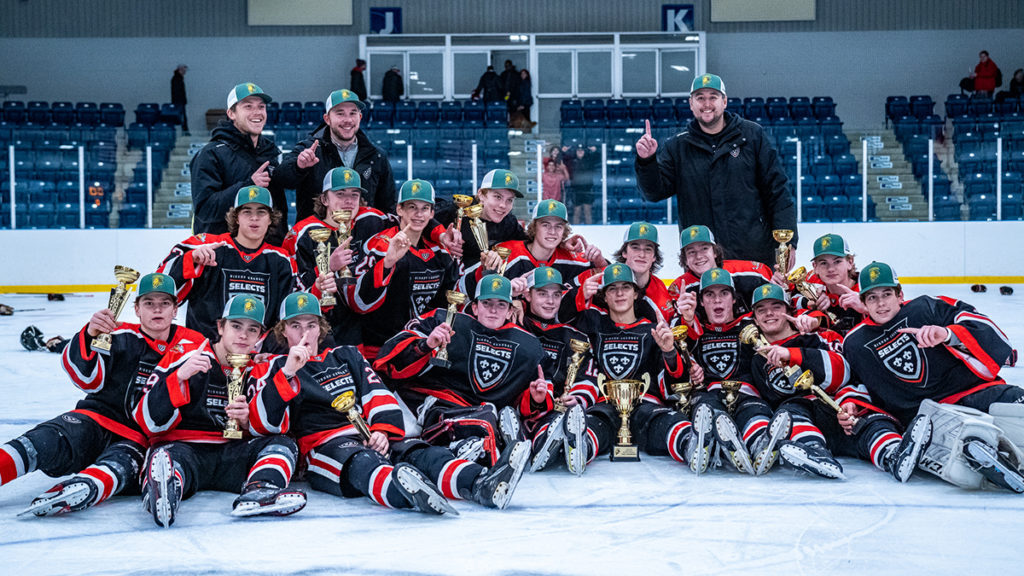 It was an eventful weekend in London as the annual Wendy Dufton Memorial Tournament returned to the minor hockey scene. The event’s U16 division featured 28 teams all competing for a championship and the perfect way to kickstart the 2022-23 season.

After three gruelling days of competition there were two teams left standing at the Western Fair Sports Centre, home of the GOJHL’s London Nationals: The Toronto Jr. Canadiens and the Bishop Kearney (BK) Selects.

In a border battle of minor hockey powerhouses, the championship final featured some of the best talent in the entire ’07 age group.

The Jr. Canadiens followed up their debut at the Toronto Titans tournament from the week before with a trip to the Sunday night Championship Final in London following victories against the Southern Tier Admirals, Huron-Perth Lakers, and the Peterborough Jr. Petes in the playoff rounds.

Meanwhile, the BK Selects out of Rochester, New York entered the final with an impressive 4-0-1 record at the Dufton, with victories against the Toronto Titans, Hamilton Jr. Bulldogs, and the Whitby Wildcats.

In the championship game, both teams were conservative and knew that any mistake would prove costly given the talent on both sides. Bishop Kearney would strike first as Chase Jette walked in and wired a wrist shot from the top of the circle midway through the second frame.

Led by a strong goaltender between the pipes in Patrick Quinlan, in addition to a defensive core with the likes of Cam Reid and Shayne Gould, the Selects would continue to find ways to minimize JRC’s potent offence. Late in the third period, it would be Komoka, Ont. native and forward Jimmy Sutherland that would secure the insurance goal for the Selects to make it 2-0, ultimately securing the 2022 Wendy Dufton championship.

For both Reid and Sutherland, the tournament victory in London meant a little bit more, as both members are born and raised in the London area and grew up playing at the Western Fair Sports Centre.

“It was great,” said Sutherland, whose third period goal ultimately secured the victory for the Selects. “A lot of my buddies were there supporting me and being back in the rink I grew up playing in made it even better.”

As for Reid, who hails from Aylmer, Ont., just 40 minutes from London, he was also extremely fortunate to be able to experience the tournament victory with familiar faces in the crowd.

“Nothing gets better than that,” said the smooth-skating defenceman, as he reflected on his return to London. “Winning the tournament close to home with all my boys by my side, it’s an incredible feeling and something I will never forget.”

After an impressive showing, the Selects will look to make another splash when they make their next trip to Ontario at the Gloria Rints International Silver Stick in Whitby, Ont. from November 24-27.