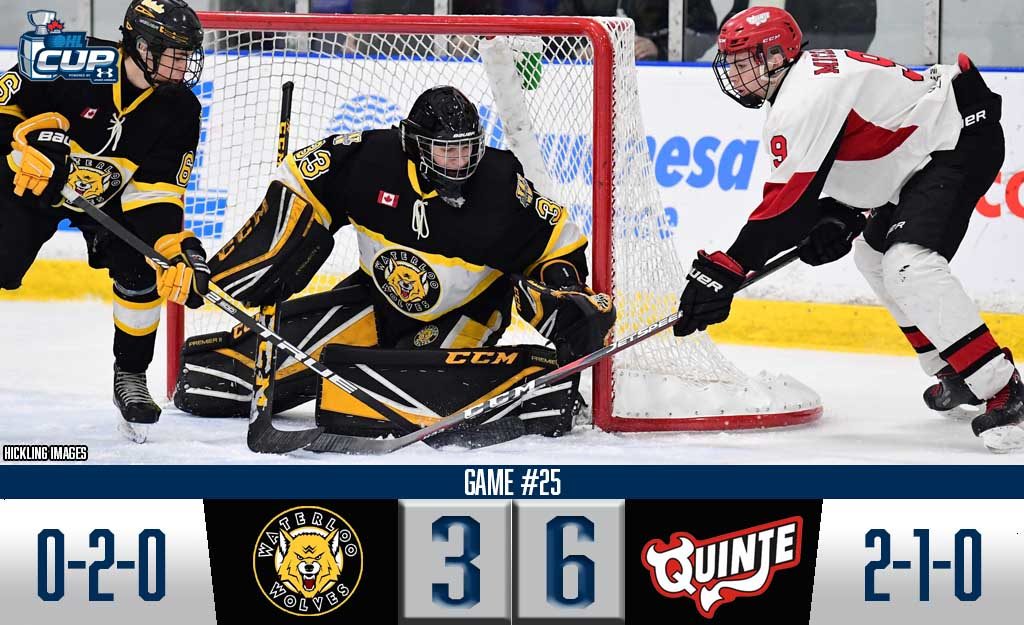 Knotted at three after two periods, the Quinte Red Devils put up three unanswered goals to double-up the Waterloo Wolves 6-3 and improve to 2-1 at the 2019 OHL Cup Powered by Under Armour.

Quinte followed up a 3-2 win over Thunder Bay on Wednesday with another victory, putting themselves in great position in the Shanahan Division as Daniel Michaud (3, 4) and Luke LaPalm (3, 4) each recorded a pair of goals and an assist.

“It was a tight game. We scored a couple early goals but I still didn’t think we had that great of a start,” said Michaud, who led Quinte with 41 points over 36 games this past season. “I think (Luke) LaPalm and I really clicked in the third period and that helped make a difference.

“You never like to give up a three-goal lead,” he continued, “but we managed to get back on track.”

Zack Brooks (1) and Ben White (2) also scored for Quinte while Ethan Broek picked up a pair of assists.

Waterloo rallied from a 3-0 deficit as Lucas Gaiger (1), Kyle Maloney (1) and Spencer Young (1) all found the back of the net within a two-and-a-half minute span late in the second frame.

Maloney finished with a goal and two assists to earn Waterloo’s Player of the Game honours while Michaud received recognition for Quinte.

The Red Devils sit second in the Shanahan Division with their final round robin matchup coming against the 1-2 London Jr. Knights at 12:00pm. Waterloo falls to o-2, playing their fifth game in a span of three days after their three wild card contests. The Wolves regroup before facing the Thunder Bay Kings on Friday morning at 11:30am.