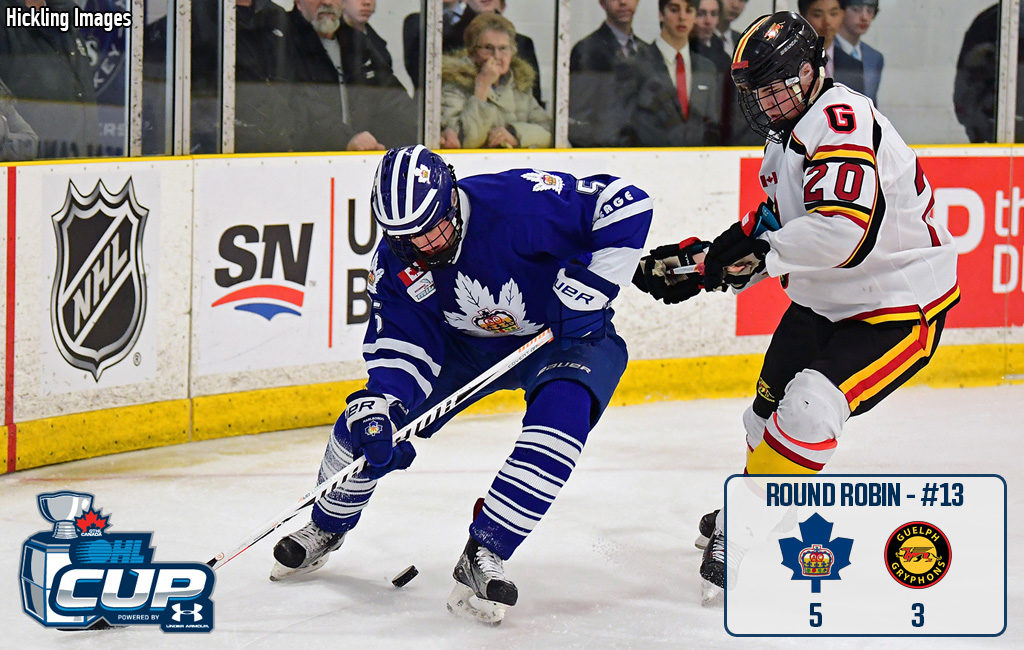 After six goals on Tuesday, the Toronto Marlboros potted five more to defeat the Guelph Gryphons 5-3 and improved to 2-0 in the round robin.

Riley Piercey (2, 3) scored twice while McKay Hayes (1), Will Cuylle (2) and Jamie Drysdale (2) also found the scoresheet as the Marlboros dictated the play and cashed in on their opportunities.

“I think we got the jitters out in the first game,” said Piercey, referring to the 6-5 win over Elite Hockey Group on Tuesday. “Today we took advantage of the early lead and played with confidence so it was good.”

The Marlboros struck for four goals in the first period as both Reid Valade and Lleyton Moore had two assists.

Riley Piercey blasts home one of his two goals for the Marlboros.