All Marlboros in 6-1 rout of Jr. Knights 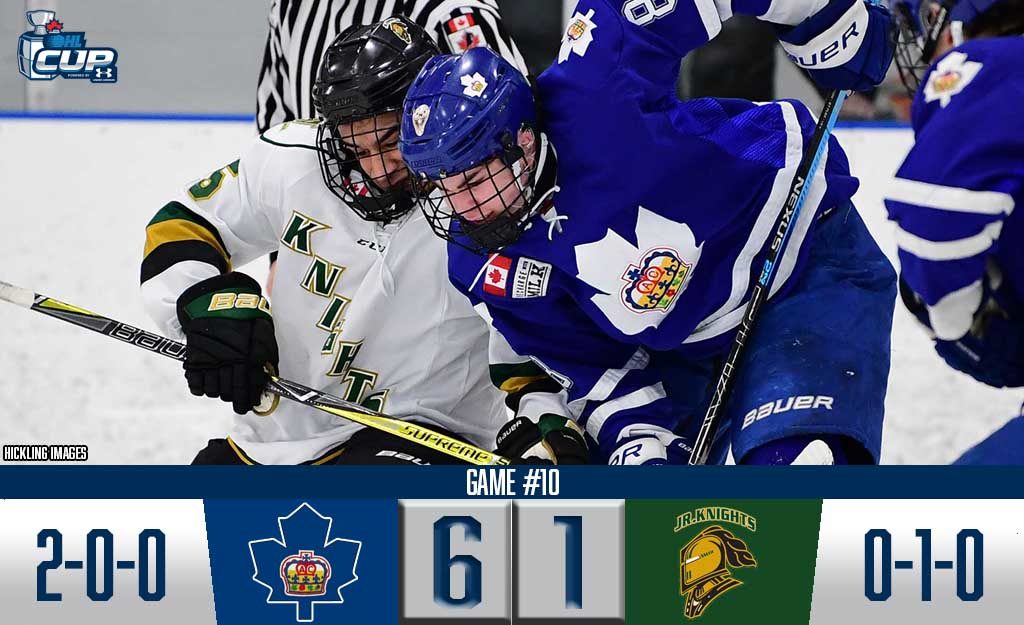 The Toronto Marlboros flexed their muscle, improving to 2-0 at the OHL Cup Powered by Under Armour with a commanding 6-1 win over the wild card entry London Jr. Knights.

Toronto led 1-0 after one period before exploding for four goals in the second as O’Donnell, Johnston and Robertson all scored shorthanded.

William German (1) broke up Domenic Rollo’s shutout bid midway through the third period as the Marlboros netminder would go on to stop 17 of the 18 shots that came his way.

The Marlboros will look to improve to 3-0 when they face the Thunder Bay Kings at 7:00pm.

London will regroup to face their ALLIANCE rival the Waterloo Wolves at 7:30pm.